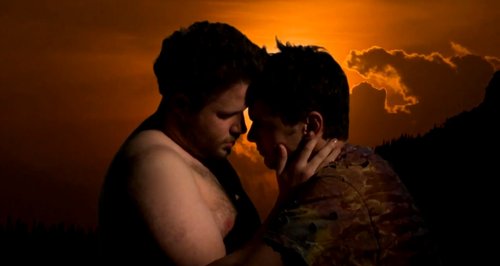 The US stars posted their own version of the rapper's recent promo staring fiancé Kim Kardashian.

Kim Kardashian has revealed how her fiancé Kanye West has given his approval to the spoof of his 'Bound 2' video performed by US Hollywood stars James Franco and Seth Rogen.

The clip, billed as 'Bound 3', was posted online yesterday (25th November) and filmed during the pair's time on set of new film The Interview.

Taking to Twitter, Kim wrote a message to Seth and said Kanye couldn't stop laughing at he hilarious clip.

She wrote: "@SethRogen Kanye says what's up! He loves u guys! He laughed so hard at this."

The original video sees a topless Kim sharing an embrace with Kanye as they ride on a motorcycle, and you can watch it below:

The song features on the rapper's latest studio album 'Yeezus', which is out now.