The 'Gold Digger' rapper premieres the unusual image which will accompany his latest record.

Kanye West has debuted the official artwork which will accompany his brand new album 'Yeezus'.

The 'Jesus Walks' star took to his Twitter account and posted a link to his website – which contained the image and the 18th June release date.

The cover features a blank CD case with a small piece of red tape with the title on the side.

It comes after a series of false album artworks made their way online – including one of the rapper depicting Jesus on the cross. 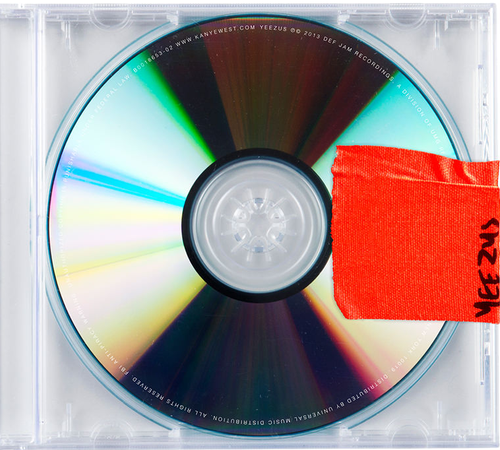 The star has recently been treating fans to teasers from the record during live projections onto some of the most famous buildings in the world.