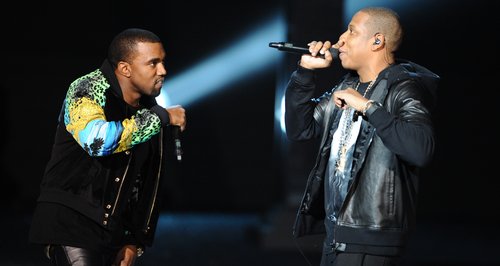 The two rap stars have united their two companies for a new music project.

Kanye West and Jay-Z have teamed up with a new business venture between their respective companies Donda and Roc Nation.

Kanye launched his design and content house, named after his late mother, back in January 2012 and the company was responsible for much of the staging and pieces from his recent 'Yeezus' world tour.

Jay-Z and Kanye have had a close relationship over the past few years, releasing their album 'Watch The Throne' together as well as heading out on a joint world tour together.