The five-piece are celebrating becoming the new Vodafone Big Top 40 chart number one this week.

JLS star Aston Merygold has hailed The Saturdays as "the biggest girl band" in the UK after their triumph on the Vodafone Big Top 40 this week.

The band's new single 'What About Us' debuted straight at the top of this week's chart – ending Justin Timberlake's three-week run.

The boyband star told Capital FM that it was great to see the girls doing so well and their hard work has earned the success.

"The girls have been waiting so long [for] these number ones," he declared. "Like, they are so talented. They are, in my eyes, the biggest girl band in this country and obviously – in the States and around the world – they're finally getting to see that as well.

He continued: "All of the girls are so lovely and we love them to bits and we're so so pleased for them."

The Saturdays also took to Twitter to thank their fans after hearing the news.

They tweeted: "Massive thanks to all you guys for getting What About Us to #1 on the @BigTop40!! We are SOO thrilled and can't believe it! #TeamSatsROCK". 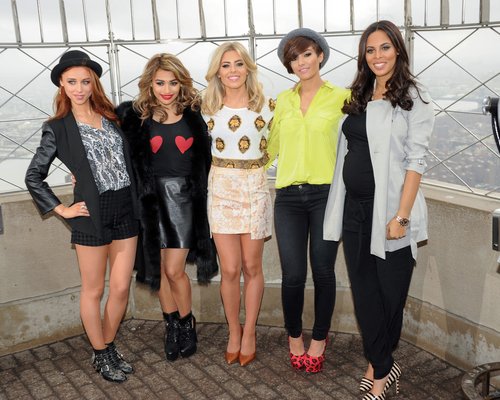 Listen to Aston Merrygold speaking to Capital's showbiz reporter Kevin Hughes at the final of Got To Dance below: