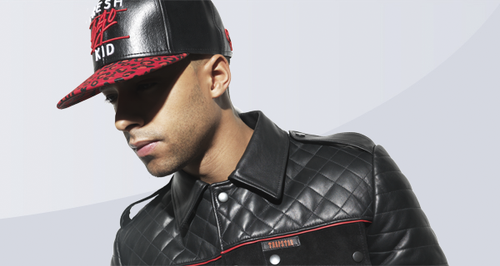 The DJ will join Emma Willis for the third series of the music reality show.

Capital FM's Marvin Humes has been confirmed as the new co-host of The Voice UK.

The DJ will join forces with Emma Willis for the third season of the show and Marvin admitted he was thrilled to be involved.

"You know what, it's amazing to be a co-host of The Voice. I've been a big fan of the show from the start," he explained.

Danny O'Donoghue also stepped down from the show, but Will.i.am and Sir Tom Jones will be returning.

"Obviously there's a brand new line-up this year with Kylie Minogue – that' s a huge signing for the guys and I'm a big fan of Emma Willis as well. She smashed it on Celebrity Big Brother this year," added Marvin. "So I can't wait to be working alongside Emma and yeh, it's incredible to be a part of the biggest show on the BBC.

Listen to Marvin Humes speaking about joining The Voice UK below:

Don't worry Marvin will still be bringing you all the biggest remixes and playlist anthems on Capital every Friday and Saturday night from 7-10pm! #MarvinOnCapital