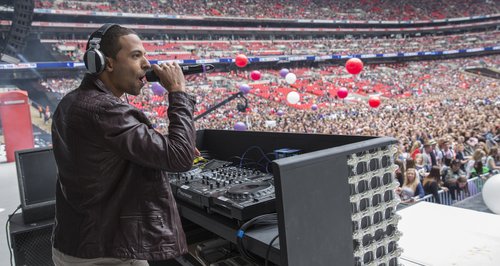 The Capital FM presenter got the day's events underway in true style at Wembley Stadium.

The Capital FM presenter treated fans to an array of the biggest tunes played on Capital.

Performance Review: Marvin was in high spirits throughout as he officially got the Summertime Ball 2013 underway with a special DJ set.

80,000 fans were ready and waiting and Marvin gave them a taste of what to expect throughout the day with songs by the likes of Tinie Tempah, Chris Brown and Rihanna.

The Capital DJ, who performs each Friday at 7pm-10pm and now also every Saturday at the same time, had the crowd moving and shared some on mic-time with the waiting fans.

The Song When Everyone Went Wild: Daft Punk, 'Get Lucky'.

What Was Marvin Wearing: The JLS star looked as dapper as ever in a camouflage t-shirt and maroon leather jacket.

The Most OMG Moment: As soon as Marvin appeared on stage behind the decks the noise in Wembley gave a true indication of what is to come for the rest of the day.

In A Tweet: "What better way to start the party rockin then with Marvin and his big hits." 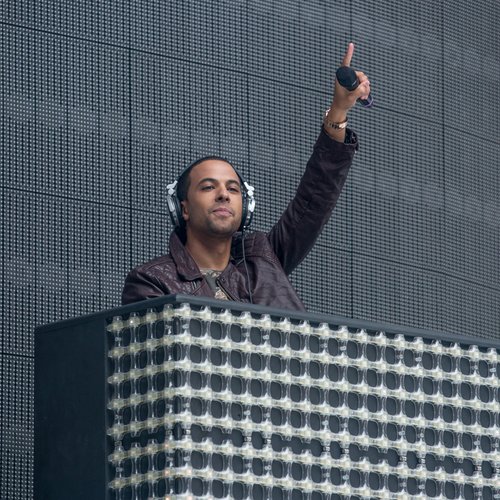