The 'One Shot' singer will offer one lucky individual the chance for a three-year's worth of free tuition.

JLS star Marvin Humes has revealed that he will be offering a student at his former college the chance to have a three-year free scholarship  .

The 'Do You Feel What I Feel' star told MTV UK that he will also be lending his words of wisdom to those at the D&B School of Performing Arts in Bromley on their Musical Theatre course.

"You always want to walk into a situation and be 150% ready, so if you're chucked with anything from singing, dancing or acting, you're able to do it with confidence," he revealed of the opportunity. "To be prepared for anything that gets thrown your way."

The singer said his own experiences at the college were "priceless" and he can't wait to be on the panel selecting the person put forward.

He said "the spark and ambition" is something he's looking for in potential candidates. 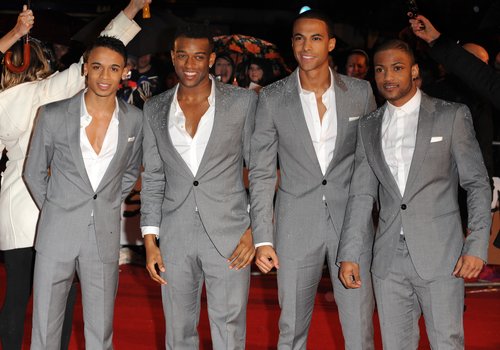 "I've no doubt we're going to find someone whose life will change forever because the opportunity is so incredible," Marvin added.

Meanwhile, JLS were recently seen performing on the Aston's Got To Dance series - with the final set to take place on 17th March.