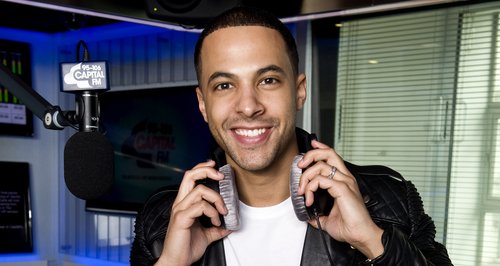 The Capital presenter has fronted LuvBug for the past 18 months alongside producer/remixer/bootlegger, The White N3rd and Grammy-nominated producer/songwriter JKAY. The trio are now ready to launch their debut single 'Resonance' which features British R&B vocalist Talay Riley and is set for release on September 28th.

"LuvBug has been a project in the making for a long time now and I'm so excited that it's finally out there!” says Marvin, “Working with JKAY and N3rd over the years has been brilliant and I can't wait for everyone to hear all of our music!"

The guys have been in the studio working with a variety of talent including Becky Hill (UK #1 hit with Oliver Heldens on (Gecko Overdrive)), MNEK and songwriter Wayne Hector (Nicki Minaj, Britney) preparing to deliver tunes that will be played across dance floors and festivals, from here to Ibiza.