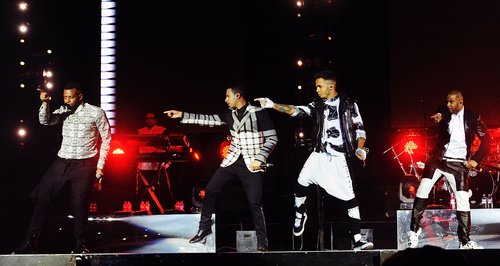 Cheryl Cole, One Direction and more were in attendance for the group's last ever show.

JLS gave one final goodbye to their fans last night in London as they brought their farewell tour to a close.

The group performed at London's O2 Arena in front of 20,000 fans – including Louis Tomlinson, Cheryl Cole and Rochelle Humes.

JLSters you have made our dreams come true thank you so much for everything!!!

There wasn't a dry eye in the house as the group ended with a cover of the Boys II Men song 'End Of The Road'.

Cheryl took to Twitter to post a video from her seat and also said how proud she was of what the group had achieved.

She wrote: "Soooo proud of these boys ! Was here on their first day! It only felt right to be here on their last! Love you boys! #farewellJls #muchlove."

JLS also took to Twitter to thank their fans for all the memories as they each look to embark on their new adventures.

Meanwhile, Capital's Marvin Humes will start 2014 with a brand new evening show as well as fronting the Vodafone Big Top 40.