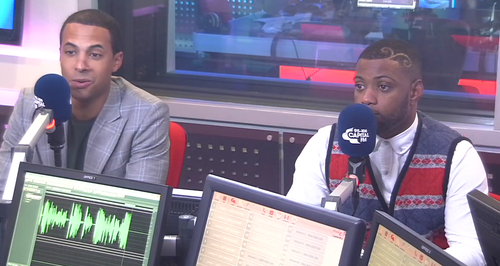 The 'She Makes Me Wanna' stars speak to Capitalfm.com about the promo to their final ever single.

JLS have revealed that the official music video to their next and final single 'Billion Lights' will take fans on an emotional journey.

The group recently announced details of their new track and have told Capitalfm.com that it was a "weird" feeling shooting their last ever promo.

Capital presenter Marvin Humes said fans will see the video "really soon" and the style of the promo differs from the energy present in the song itself.

"[You'll see it] really soon. I would imagine in the next couple of weeks," he revealed. "Where the track is up-tempo and not really an emotional track, the video is quite emotional.

"It sort of takes you on a journey of our career highs. It's great, we've just signed it off and it was kind of weird shooting our last video but you'll be able to see it on Capital TV real soon."

Watch JLS's Marvin and JB Gill speaking to Capitalfm.com about the video to new song 'Billion Lights' below:

You can hear JLS' new single for the first time on Capital FM tomorrow morning from 8am.

The group will release a greatest hits album and head out on their farewell tour later this year.

Don't forget you can listen to Marvin's show every Friday and Saturday night from 7-10pm.