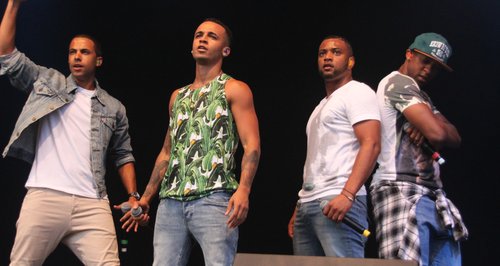 The 'Take A Chance On Me' band gave their song its first play on Capital Breakfast today.

JLS' brand new single 'Billion Lights' has been hailed as "amazing" by fans after its first play this morning (30th September).

The 'She Makes Me Wanna' four-piece unveiled the new song for the very first time today on Capital Breakfast, with their fans taking to Twitter in droves after hearing it to praise the UK band.

"@CapitalOfficial #BillionLights is so beautiful, never been so proud of my boys in my life!" Twitter user HolPeers_wbu tweeted after hearing the song, while @Lisa_JLS_sharpe posted: "Billion Lights is AMAZING!!!!! our boys have done us so so proud!!! I SMELL A NUMBER 1 #JLSBillionLights.

JLS stars Aston Merrygold, JB Gill, Oritse Williams and Capital FM's Marvin Humes then kick off a 'Goodbye' farewell arena tour of the UK in December before the four-piece go their separate ways.