The 'Sound Of The Underground' singer also speaks about traveling on the tube following her driving ban.

Girls Aloud singer Sarah Harding has said that she thinks the group's split is "liberating" and stars a new chapter in her life.

The 'Call The Shots' singer told ITV's Daybreak this morning (3rd May) that although she still feels a part of her is missing, she's glad for the "release" that the break-up has brought.

"It's liberating, it's kind of, it's a new chapter, it's a release, but at the same time you do feel like you're missing a part of you, if that makes sense," she said.

Since splitting, Sarah has also been busy working on her own solo album and told the show that she's had the chance to work with "loads" of different people.

"I'm lucky enough to be able to record at home at the moment, so I've just been getting some great tracks in," she said. "I've been writing, just working with loads of different people." 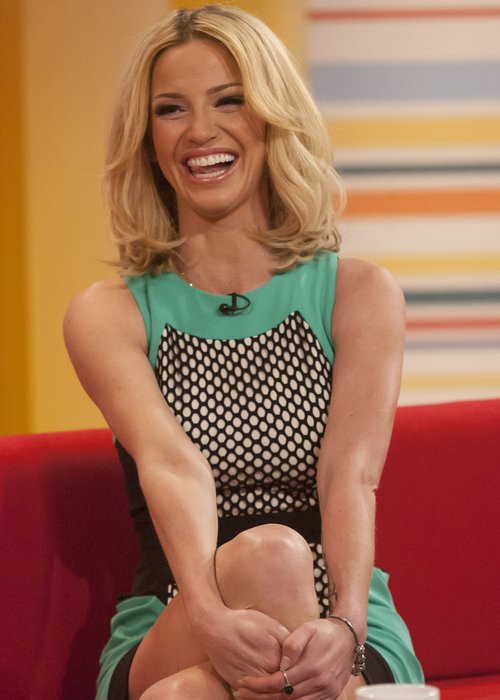 The singer also opened up about taking the tube after being hit with a driving ban last month for using her mobile phone behind the wheel.

"Public transport is actually a lot easier. I'm not going to lie," she added.

Sarah also posted a picture of herself on the London Underground to hit out at people who thought she couldn't cope.

"I thought I'd tweet it to prove to everyone that I can do it," she continued. "I'm quite an independent girl really."

Girls Aloud split up following ten-years together back in March after their 'Ten' reunion tour.

The star's are said to be on bad terms following the break after Nadine tweeted shortly after to say she never wanted the group to disband.