Far East Movement have told Capital's Showbiz Reporter Kevin Hughes that they hope to complete their new album this summer - from the back of their tour bus.

Speaking to Capital backstage at the Wireless Festival, the band said: "We've been in studio with David Gueta, Benny Bennassi and Pitbull and that was a lot of fun. We've also been talking new music with Bruno Mars, so we'll see what happens. We'll get locked and loaded and whenever it comes out, it comes out."

The band will tour America this summer, performing alongside Keri Hilson and plan to record new music on their tour bus, as they travel with a portable studio. The band have also just been nominated for Best Newcomer at the Teen Choice Awards in the States. "We'll actually be on the road so we'll have to watch the show on TV but we'll see what happens." 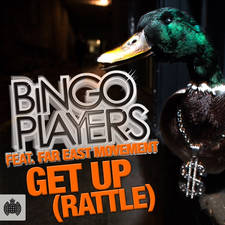 GET UP (RATTLE)
Bingo Players