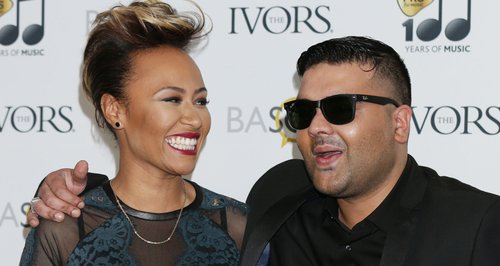 The 'Clown' singer says she has also been working on her own new music with Naughty Boy.

Emeli Sande has revealed she has started work on new music for Rihanna's next album.

The 'Next To Me' singer confirmed she is writing for the 'What Now' superstar, while attending the Ivor Novello Awards 2014 this week.

"There's been a lot going on, I've been back in with Naughty Boy, which has been amazing," Emeli revealed to Digital Spy, before teasing: "I've been writing for Rihanna's new album, which has been incredible.

"I was with Rodney Jerkins the other night, I feel now I'm back in creative mode!" she added.

Rihanna is currently believed to be working on her eighth studio album, after teaming up with Emeli previously on the song 'Half Of Me' from her 2012 album 'Unapologetic'.