Emeli Sande: "Elton John And Bono Have Been Giving Me Advice On Cracking America"

The 'Next To Me' singer reveals her plans for 2013 will include a lot of time in the US.

Emeli Sande has revealed that she has been receiving words of advice from the likes of Sir Elton John and U2 frontman Bono on cracking America.

The 'Daddy' singer told the Daily Star that despite initially wanting to take some time to hit the studio and work on her next record, it looks like the majority of her 2013 will be spent in the US.

"I was going to take time off after the tour but it looks like I will be investing a lot more time in America," she said. "Bono [from U2] and Elton have been giving me a lot of advice and encouragement."

The singer's first year in the public eye was crowned with two wins at last month's BRIT Awards – including Album Of The Year.

She also performed at Elton John's exclusive post-Oscars fundraiser in Hollywood after the 85th Academy Awards. 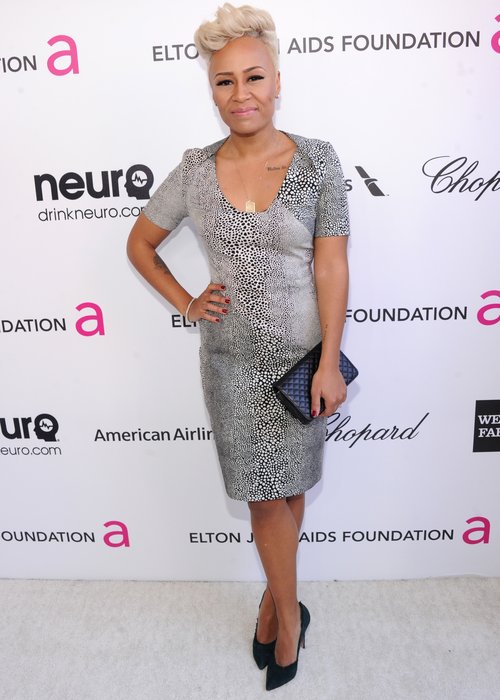 Meanwhile, it has also been revealed this year that Jay-Z is looking at putting the singer together with wife Beyonce after he compared her to global superstar Adele.

Emeli was also spotted shooting a new music video on the tube ahead of her trip to LA.