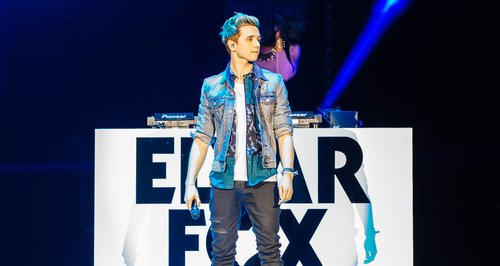 The 'Do It All Over Again' gave a surprise performance for the second night of the Jingle Bell Ball.

Elyar Fox performed his debut single 'Do It All Over Again' at the Capital FM Jingle Bell Ball 2013 for the second night of the event.

The UK singer-songwriter was introduced as one of Capital's Jingle Bell Breakers, and a hot tip for 2014, and made his way up to the stage from the back of the O2 Arena audience.

Elyar then launched into a performance of his single 'Do It All Over Again', which received its first play on Capital last month and is set for release in January next year.

The performance marks Elyar's second after he appeared as a surprise performer on night one of the Capital FM event yesterday.