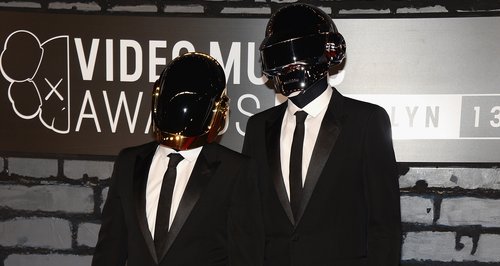 The smash hit was picked out as the top track of the past twelve months.

Daft Punk's Vodafone Big Top 40 number one single 'Get Lucky' has been named as the Song Of The Year in iTunes' Best Of 2013 chart.

The song was released back in April and was the lead single from the dance duo's album 'Random Access Memories'.

iTunes also announced that London Grammar's debut album 'If You Wait' was the Album Of The Year.

"This is an absolute honour for us, we can't thank iTunes and our fans enough for their support and this recognition," they said. "It's been an incredible year and this marks its close on a fantastic high, so thank you so much."

iTunes also unveiled the top selling songs of the year with Robin Thicke's 'Blurred Lines' topping the list ahead of 'Wake Me up' by Avicii and 'Get Lucky'.

The biggest selling album was revealed as 'Now That's What I Call Music! 85'.

The top selling songs of 2013 are as follows: