Coldplay have brought the world together after the heartbreaking scenes in Paris with a beautiful cover of John Lennon's 'Imagine'. #PrayForParis

When something as terrible happens as the recent attacks in Paris, you can be sure to find some comfort and solace from the world of music and that's EXACTLY what Coldplay have given us.

Last night as the band took to the stage at Los Angeles' Belasco Theater, they decided not to open with one of their world famous anthems but instead with John Lennon's timeless track 'Imagine'.

Front-man Chris Martin's beaming smile whilst singing gives us all a little bit of much needed hope and happiness in this time of tragedy.

WATCH: Coldplay Singing 'Adventure Of A Lifetime' Live Shows They're Better Than EVER! 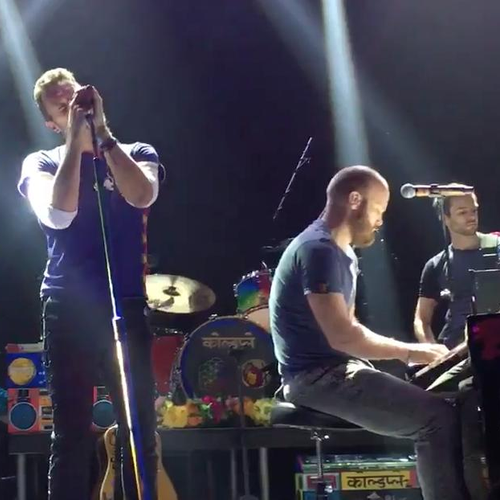 Coldplay will join us at London's O2 Arena on Saturday 5th December for Capital's Jingle Bell Ball with Coca-Cola. The band's brand new album 'A Head Full Of Dreams' will be released the day before on Friday 4th December.