The artists were spotted in the crowd at the Premier League clash at the Emirates stadium this weekend.

Coldplay's Chris Martin and rapper Jay-Z were pictured in the crowd at the Premier League clash between Arsenal and Manchester United yesterday (28th April) at the Emirates Stadium.

The pair were seen deep in conversation with one another as they watched the match eventually played out to a 1-1 draw.

Chris was back at the stadium where he performed alongside Coldplay on their sold-out headline tour back in 2012.

The outing helped the group bag the BRIT Award for Best Live Act at the 2013 ceremony.

Meanwhile, Jay-Z has been in the UK supporting his wife Beyonce as she brought her 'The Mrs. Carter Show' world tour across the pond.

Check out a picture of Jay-Z and Chris Martin at the Emirates Stadium together below: 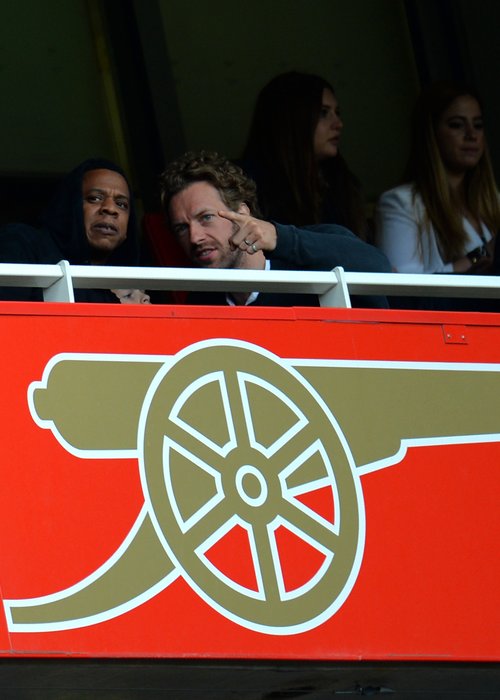 The outing will see her perform the first of six nights at London's O2 Arena this evening (29th April).

Jay-Z is also currently working on his new album, with Pharrell Williams teasing details on the record recently  - declared "the rain man is back".