The 'Paradise' stars picked up the prize ahead of The Rolling Stones and Mumford & Sons at the O2 Arena in London.

Coldplay have been named the Best Live Act at the BRIT Awards 2013.

The 'Every Teardrop Is A Waterfall' stars won the award ahead of the likes of The Rolling Stones and previous BRITs 2013 winners Mumford & Sons following their huge sold out 'Mylo Xyloto' outing last year.

The band performed over 100 shows and released their first live DVD in nine years over the outing.

The prize was picked up by band members Johnny Buckland and Will Champion.

"Thank you very much," Will said. "This is absolutely extraordinary."

He also took the time to thank all the fans who came to see the band on the road.

It follows on from last year's gong for British Group. 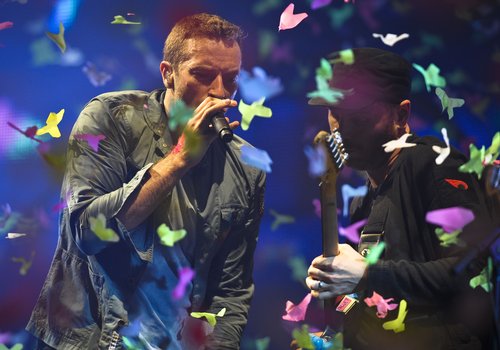 Check out a full list of the winners from the BRIT Awards 2013 here.