Ok girls, we get it – you’re BIG fans of the ‘90s boyband… We’re kind of loving these dance moves though!

There’s nothing we love more than seeing a normally composed star REALLY going for it – and watching Kendall Jenner and Gigi Hadid absolutely lose it watching the Backstreet Boys is our new favourite thing ever.

The Backstreet Boys were the surprise performers at the Balmain x H&M collection launch party on Tuesday night, and there were two famous ladies in the audience who couldn’t have been happier to see them.

Gigi, Hadid u know I love the backstreet boys so much? #HMBALMAINATION pic.twitter.com/Vo5iYrE6e5

Channeling Taylor Swift’s crowd dancing – but with supermodel-like grace, obvs – Gigi and Kendall put everyone else to shame with their moves. #WERK! 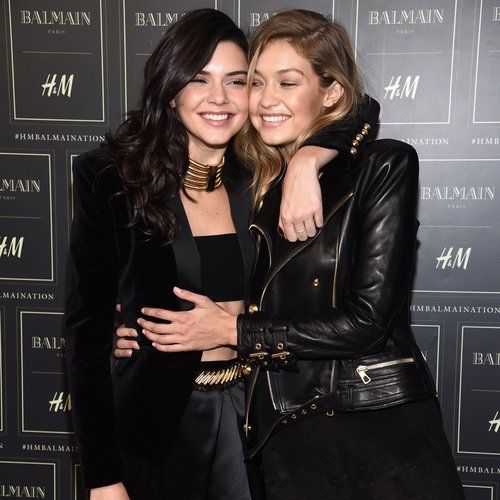 The girls had walked in the show and were still rocking some outfits from the collection when they mingled with the crowds – who knew even fashion favourites can NOT keep their cool when they see their fave boybands?

#Fangirling has never looked so good!