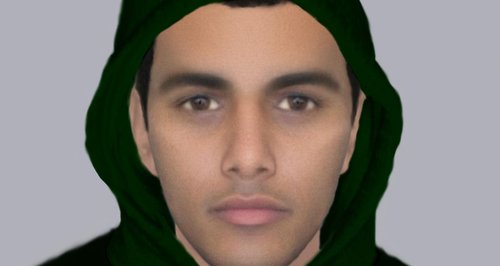 Detectives investigating the attempted murder and rape of a woman in Leeds have released a new e-fit image of the attacker.

The morphed image has been created by combining the original e-fit image produced from the victim and an additional computerised image based on a description from one of the women he stalked.

"We believe this new image is the most realistic likeness we have yet had of the man we are still working very hard to identify.

"It has been created from the victim’s description of him and from the recollection of one of the women he stalked in the period leading up to the attack.

"I would ask people to study it very closely alongside the other elements of description that we have already released and think hard about whether they know who it is."

The 18-year-old was attacked by a man as she waited at a bus stop in Beeston Road at about 10.40pm on Friday, March 6.

She was dragged into a nearby garden and struck over the head numerous times with a large stone before being raped. She received serious head injuries and a fractured pelvis.

She has described the attack

"It was getting dark. I went to the bus stop. I was waiting for the bus to go home. I haven’t been able to stop thinking about what happened. I’ve stopped sleeping because I can see what happened when I am trying to sleep."

"We are very grateful to the local and national media for all the support they have given our ongoing appeals over the last seven weeks.

"Although we are now seven weeks into this investigation, our resolve to catch this man remains as strong as it was on day one.

"We are continuing to conduct a very wide range of enquiries to identify him and would urge anyone who thinks they know who it might be to contact us immediately."

The independent crime-fighting charity Crimestoppers is continuing to offer a reward of up to £5,000 for any information passed directly to them that leads to the arrest and conviction of the person responsible.