A jury at Sheffield Crown Court have found 5 men guilty of sexually exploiting 2 young girls in Rotherham between 1999 and 2001.

32-year-old Basharat Dad from Rotherham was found guilty of six counts of rape, five counts of indecent assault and one count of false imprisonment.

Appearing alongside him was his 36-year-old brother Nasar Dad. A jury found him guilty of rape, inciting indecency with a child and false imprisonment. He was found not guilty of one count of rape and one count of sexual intercourse with a girl under 13.

Their brother 34-year-old Tayab Dad was found guilty of one count of rape.

40-year-old Mohammed Sadiq and 42-year-old Matloob Hussain were each found guilty of one count of sexual intercourse with a girl under 13. 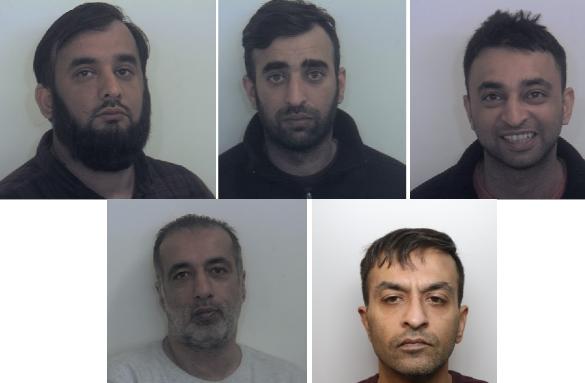 A jury took just over six hours to reach their verdicts, which were unanimous.

During the three-week long trial at Sheffield Crown Court, the jury heard evidence from both victims that detailed sexual abuse and exploitation in the Eastwood area of Rotherham between 1999 and 2001.

“They were targeted, systematically groomed and subjected to horrific sexual abuse while they were young vulnerable girls, on the cusp of their teenage years.

“No child should ever have to experience what these women have had to endure and I hope that today’s result offers them both some resolution after so many years of anguish.

“As ever, we will not rest on our laurels and this case is yet a further example of our commitment to tackling child sexual exploitation and bringing these criminals before the courts.”

The five men convicted today have been remanded in custody.