This OAP Just Covered Stormzy's 'Shut Up'... And We Weirdly Think It's AMAZING?!

Stormzy is a pretty big grime MC. You'd have definitely heard him performing 'Shut Up' before. You probably won't have heard this old man performing it live before, though...

Our granddads usually spend the day eating soup and playing some boardgames. But our granddads aren't like this absolute don!

One white-haired legend took to Carnaby Street armed with nothing but his microphone and some attitude, and started busking in London. But his choice of song was on point, as he belted out Stormzy's 'Shut Up'!

You literally NEED to see this to believe it. Old man, never, ever shut up! 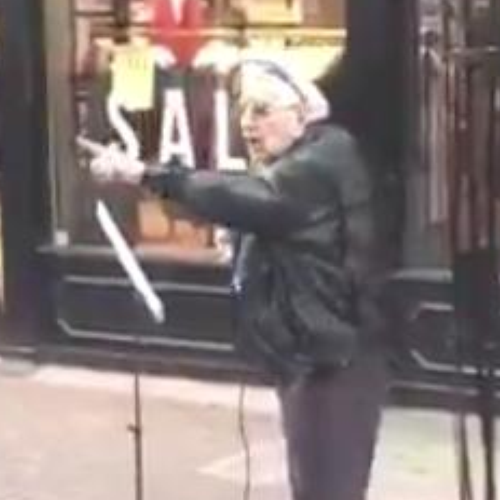