WATCH: BEST. DAY. EVER. Ryan Reynolds Sort Of Dropped The Trailer For 'The Notebook 2'. Kinda. 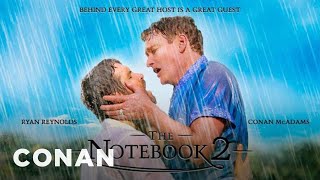 Ryan Reynolds & Conan Star In “The Notebook 2” - CONAN on TBS

If we told you about underwear made out of processed meats, a documentary banning dolphins and a book titled '10 Easy Steps to Lower Your Child's Self Esteem', you'd probably think we're crazy... But when Ryan Reynolds does it, it just seems to work.

While the 'Green Lantern' actor appeared on Conan O'Brien's talk show, he provided a series of products that he was coming on the show to promote, including some cling-film... Because even though he's one of the highest paid actors in Hollywood, who doesn't want free cling-film?!

And while we're hoping that 99% of the items were all made up for comedic purposes - we're looking at you 'Civil War Wound Sing-Along' album - we couldn't help but wee our pants just a little when Reynolds introduced 'The Notebook 2', starring himself and Conan McAdams. Who looks suspiciously like Conan O'Brien. Weird, that. 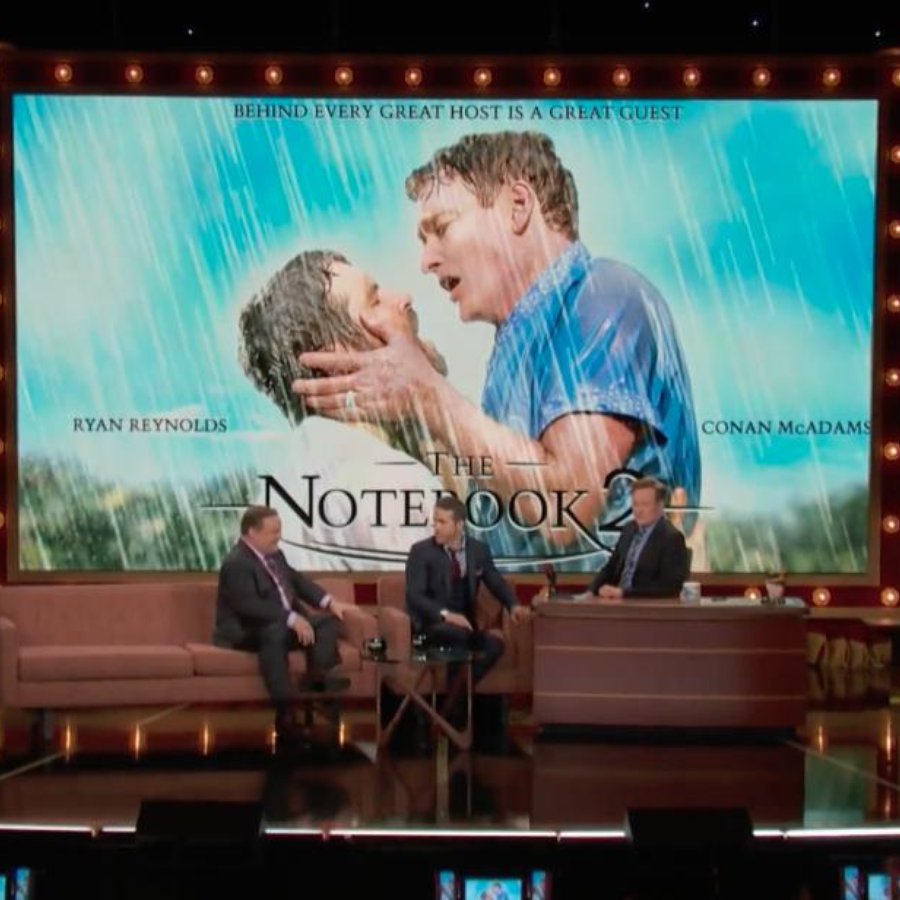 The actor and Conan HILARIOUSLY recreated the famous scene in the rain... With a kiss even longer than that in the original. When your two favourite men snog, you kinda can't help but feel like this is almost as good as the original 'Notebook'. If not better. Sorry, not sorry.

And, finally, is anyone else finding it difficult not hearing Deadpool like 24/7 whenever Ryan talks?