Remember when Ellen made you more jealous than you ever thought was possible, on social media, when she took a record-breaking selfie with Brad Pitt, Bradley Cooper, Lupita Nyong'o, Meryl Streep, Jennifer Lawrence, and... Well, the list goes on?

Well, now you're going to be even more envious than that. We didn't think it was going to be possible.

While the talk-show host was accepting her Presidential Medal of Freedom from Barack Obama, she joined some of the world's biggest stars to jump in on the viral trend that's sweeping the nation.

Look what we got everyone to do! I'm in the pink dress laughing with Rita! It’s the #MannequinChallenge, Presidential Medal of Freedom Edition at the @WhiteHouse!! Starring #RobertDeNiro, @RitaWilson, @TheEllenShow, @KareemAbdulJabbar_33, @TomHanks, #BillGates, #MichaelJordan, @FrankGehry, my mama #DianaRoss, and more!

Just because the line-up was so incredible, we'll let them off for not using 'Black Beatles' in the background. 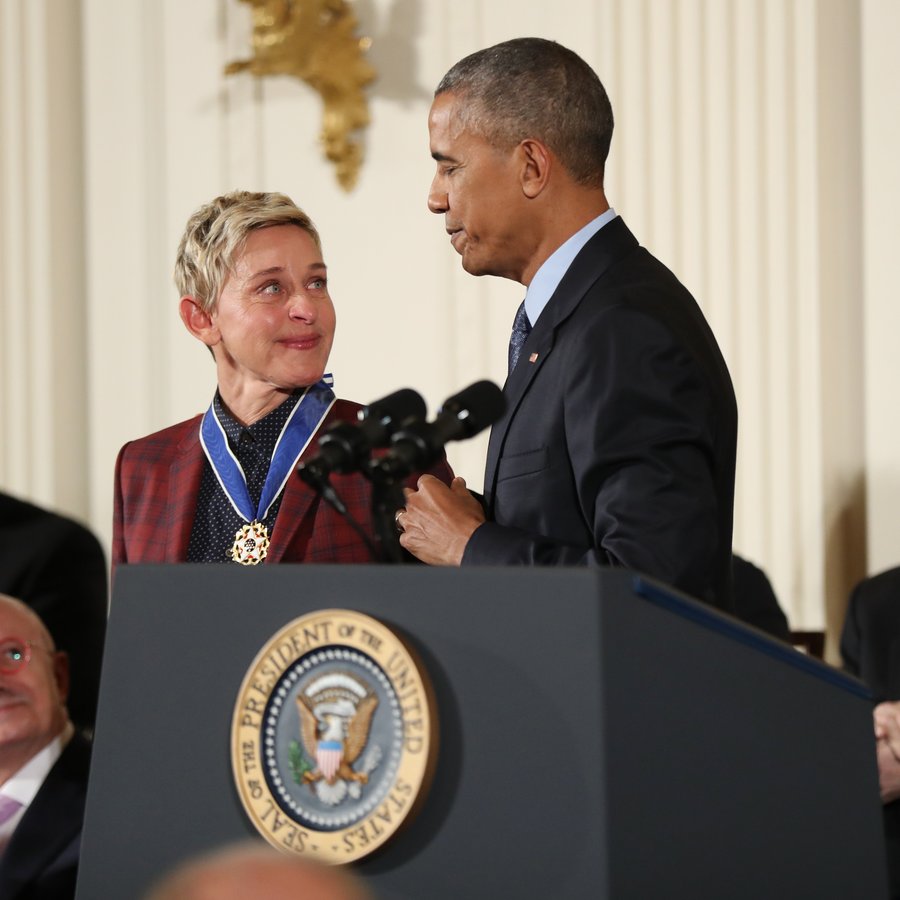 They haven't let me in to the White House yet because I forgot my ID. #NotJoking#PresidentialMedalOfFreedom pic.twitter.com/sHocwqChKV