WATCH: A T-Rex Just SMASHED 'Ninja Warrior' Better Than You Ever Could!

'Jurassic Park' would have been a LOT more interesting if THIS was one of the scenes. And just know you'll never be as successful as a man in a dinosaur costume.

We've lost count how many times we've sat at home and spat all of our dinner out, laughing at someone plummet 15 foot from a podium into a pool of freezing water on one of those obstacle-course TV shows. Well, this isn't going to be one of those moments...

A clip of someone on 'American Ninja Warrior' dressed in an inflatable dinosaur suit has surfaced and - surprisingly - he/she absolutely SMASHED THE COURSE.

We were ready to laugh at a horribly abysmal attempt, but this person must be weirdly athletic, 'cos they completely own the course. Even though they took a tumble on the penultimate obstacle, they still went on to complete it... And in case you needed reminding; they did it in a HUGE, WOBBLY T-REX COSTUME!

If all the dinosaurs were as useful as this one, maybe they wouldn't have gone extinct. Sheesh! 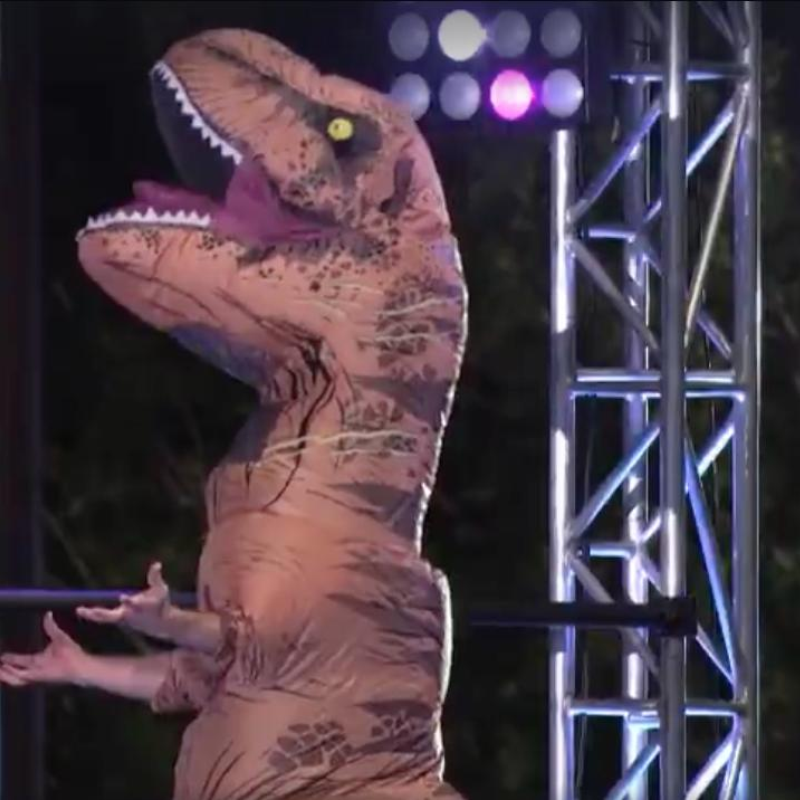