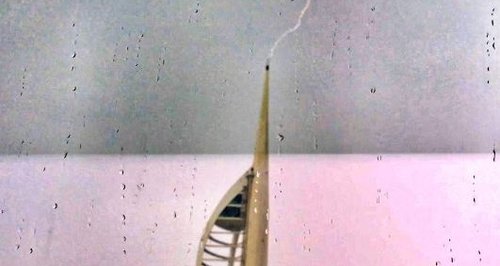 The Spinnaker Tower in Portsmouth has been struck by lightning during a freak storm this morning (Thursday 18 September).

People across Hampshire and parts of Dorset were caught out by the huge, unexpected thunder storms from around 10am.

Two houses and a Co-op store were also hit by lightning in Ryde on the Isle of Wight. The chimney stacks of a home in High Park Road and another in Hill Street were both stuck.

There are no reports of any injuries.