Storm Damage And Flooding On The South Coast 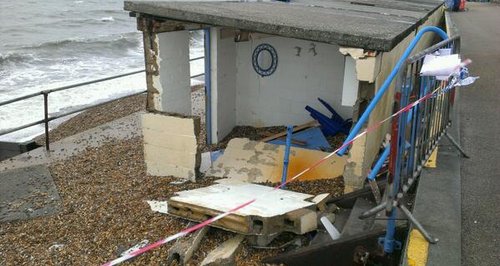 There is widespread flooding and damage after a huge storm wreaked havoc across Hampshire, Dorset and the Isle of Wight at the weekend.

A major multi agency operation is today being carried out to put in place an Environment Agency plan to protect an under threat river bank in Romsey in a bid to reduce the risk of 300 properties from flooding.

It involves laying 40,000 sandbags to bolster the flood defences in the town in the wake of the unprecedented rainfall of the past few weeks.

Flows in the groundwater-fed River Test are exceptionally high, and 20 properties have already flooded in the town as it has become inundated following the recent adverse weather.

Today’s operation involves 45 EA, Hampshire Fire and Rescue Service and Test Valley Borough Council workers, together with 300 military personnel to reduce the risk of flooding to 300 properties in Romsey.

It follows an operation last week to lay 100 one tonne gravel bags in the River Itchen at Winchester, which has so far, with the help of High Volume Pumping by Hampshire Fire and Rescue Service reduced the risk of the flooding of up to 100 properties in the cathedral city.

The current flow rate of the River Test is 55 tonnes of water per second, enough to fill an Olympic-sized swimming pool in just 20 seconds. The River Test through Romsey only has the capacity to take around 50 tonnes per second.

The 40,000 sandbags have been arriving on flatbed lorries during the latter part of the week, and a number have already been laid. The majority will be laid today.

"This is an unprecedented operation in Hampshire to deal with an unprecedented situation. We have been working closely with other multi agencies right through the exceptional weather of the last few weeks.

"An immense amount of planning and organization has gone in to make this operation happen in such quick time and our aim is to protect 300 properties from flooding and to channel the excess water from the River Test into a nearby flood plain.

"We are doing the operation because there is concern that a 6ft raised river bank at Fish Lake, to the north of Romsey, would be eroded and could then release river water into Romsey."

The plan is to redirect the water flow back into the River Test further downstream. The Environment Agency, with the help of the military, will also be strengthening the critical areas along the banks of the river in west Romsey using sandbags.

The multi-agency Hampshire Strategic Coordinating Group (HSCG) which includes Police, Fire and Rescue, Environment Agency, the military and Test Valley Borough Council, has been set up to co-ordinate the emergency response across the county, including Romsey.

"We have deployed 300 Light Dragoons, Royal Engineer troops and Royal Navy personnel to assist with this major operation and it is great to work with the civilian multi agency teams to make all of this happen in such a short time frame."

"This is another example of very effective and coordinated joint working across the Hampshire multi agency partners. We have deployed a number of teams of firefighters including from our Urban Search and Rescue and water safety teams to assist the other agencies in making this operation happen, fast, to make the people of Romsey safer."

"We have been storing the sandbags for the operation at our Bourne House depot. We have also been providing sandbags and deploying staff to liaise with residents whose homes are in the flood risk area. It has been a big multi agency effort to plan and execute this operation, working with our partners for the people of Romsey."

The operation has the backing of Romsey and Southampton North MP Caroline Nokes, who said today:

"I have seen at first hand how hard all the agencies involved have been working to try to contain the flooding problems in Romsey.  Wherever you go you see the Fire Service, the EA, Hampshire County Council and the Test Valley Borough Council working to keep sandbags in place and pumps working.

"The situation is incredibly difficult. Hopefully the measures being taken today will be successful and a worse situation averted. I would like to express my thanks to all who have worked day and night for 10 days to keep as many properties as possible in Romsey safe from the water."

Hampshire Strategic Coordinating Group; is providing an information leaflet for the residents of Romsey and an incident hotline number is available, 01794 834 500, if further information is required. Sandbags are available free of charge to those at imminent risk of flooding. Any residents requiring sandbags should contact Test Valley Borough Council directly on 01264 368000 or 01794 527700.

A street in Ventnor on the Isle of Wight had to be evacuated on Sunday afternoon after the road started cracking and falling away. People in Undercliff Drive were helped to leave by police, firefighters and the military.

More than 30 people had to be rescued by emergency services and the army from a seafront restaurant in Milford on Sea, Hampshire after wind-blown shingle shattered windows and the sea flooded it. The clean-up operation continues there this morning (Monday 17 February). 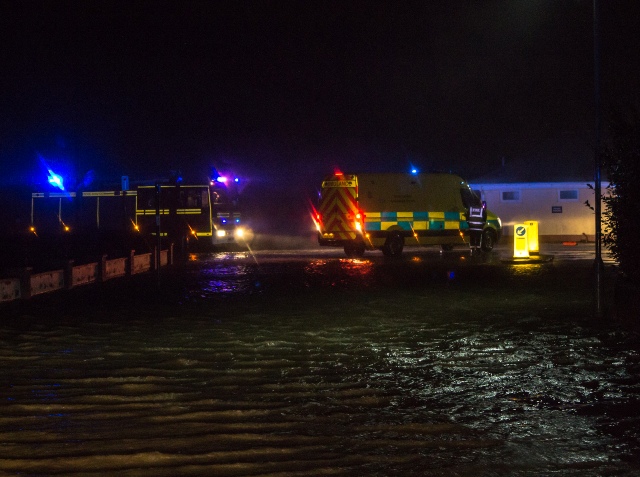 "The restaurant customers and staff moved upstairs while waiting to be rescued. They were evacuated in an Army vehicle. Conditions were described as extremely dangerous.''

"The extreme weather conditions of stones being thrown from the beach with the power of the wind to smash windscreens of fire engines and military trucks was almost like they were being shot from a rifle.

"All the windows in the restaurant were smashed.

"The extreme weather shifted boulders on to the roadway which meant that the army and other rescuers had to move the boulders to get to the restaurant, which would have been completely impassable had we not had the benefit of the two military lorries with their high ground clearance.

"Officers from the Force Support Unit who are water trained led the rescue team which comprised of police officers and coastguard staff. All diners at the restaurant were evacuated on the two military lorries and escorted by police to the recreation centre at Lymington.

"The combined efforts of the emergency services in rescuing people from the restaurant was supported by the local authority teams at the rest centre, where they completed a triage process to ensure that no-one was injured and everyone's welfare was taken care of."

Hampshire Police say their control room received 2,033 calls in 24 hours on Friday - twice the daily average; 759 of which were road related with many reporting fallen trees and flooding.

People in Portsmouth have been receiving hoax calls calling for them to evacuate their homes amid flooding fears, Hampshire Police said.

The storms also caused damage to the walls of the historic fortications in Old Portsmouth. 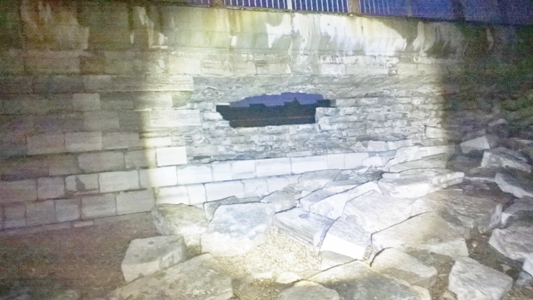 Dozens of roads remain closed, while South West Trains has a replacement bus service running between Eastleigh and Romsey because of a fallen tree at Chandler's Ford. Get all the latest travel here. 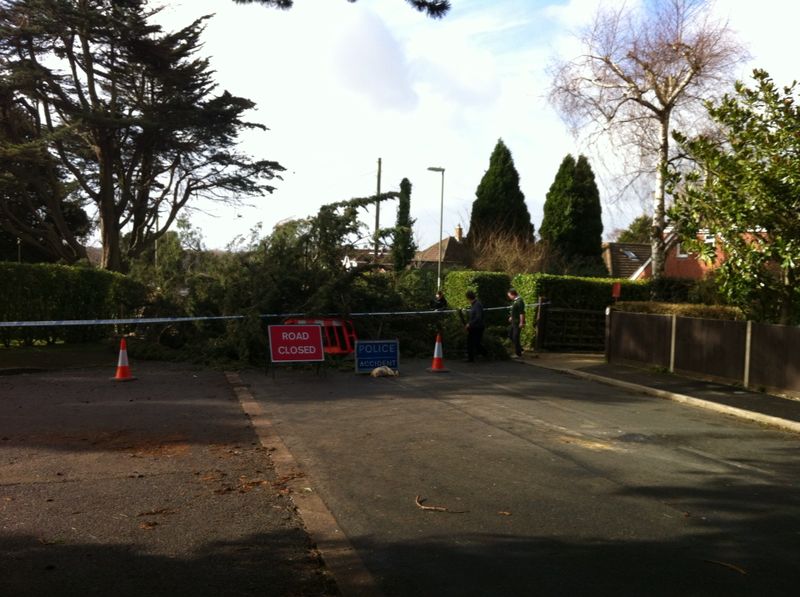 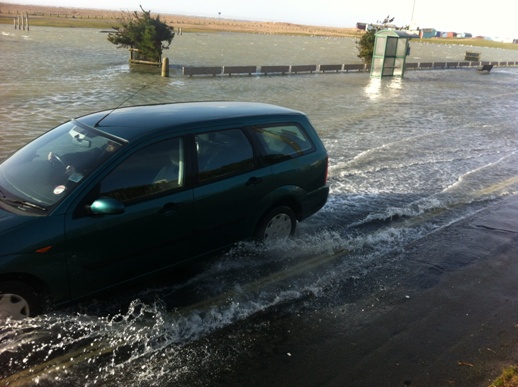