Police are releasing a CCTV still of a man wanted in connection with a racially aggravated assault in Portsmouth.

The victim, 35, was targeted on the forecourt of the Victory Shell garage, Mile End Road, around 8.45pm, Saturday, January
22.

He was returning to his vehicle when he noticed another customer making an abusive gesture at him.

He challenged the man who approached his car, reached in and grabbed the victim around the neck, causing him pain.

The victim’s wife tried to fend the man off and eventually the victim was able to free himself and drive off.

The offender is described as: 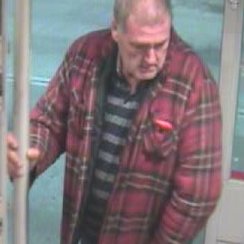 “We understand the victim was targeted because of his ethnicity.

“I’m looking to identify the man in the still who’s believed to be involved in the assault.

“I’d also like to hear from anyone who was in the garage at the time of the assault who may be able to provide details.”

Anyone with information is asked to contact PC Hendry at Cosham police station on 101 or the anonymous Crimestoppers charity on 0800 555 111.