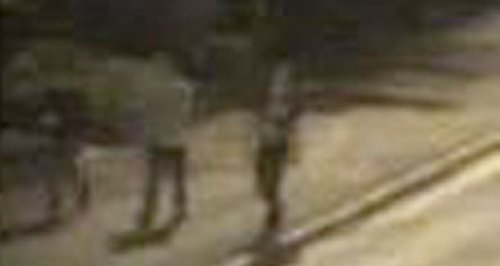 Detectives investigating the rape of a 22-year-old Southampton man have released a CCTV photo of three people who may be vital witnesses in the hunt for the attacker.

The image shows three people walking along The Avenue, away from the city centre and on a route which would pass the end of Cemetery Road.

The victim told police he was walking home along The Avenue at about 3am Saturday, October 5, after a night out.  He said he heard crying from the pay and display parking area of Cemetery Road.

When he went to investigate, the victim was dragged into bushes and raped.

Acting Detective Sergeant Simon Walters is appealing for identification of the three people in the CCTV:

“I am very keen to speak to the three people in this still image, which was taken at about 3.40am on the morning of the incident.  They may hold key evidence which can identify the suspect in this attack.  I also need to hear from anyone who thinks they can identify these people.

“I want to speak with anyone who was in Cemetery Road around this time.  I want to make it clear that sensitivity and discretion can be assured.”

Anyone with information is asked to contact Operation Key and Western Area CID at Southampton Central on 101.