The leader of an animal rights group which attacked branches of Barclays Bank because of the company's then links to the animal testing lab Huntingdon Life Sciences (HLS) was jailed for 12 months today.

Potter and Neal were also ordered to carry out 120 hours of unpaid work.

The three conspired to attack four branches in Hampshire in 2008 by daubing graffiti such as "murderers'' and "scum'' on doors and gluing post boxes and cash machine slots.

They also painted "ALF'' - standing for Animal Liberation Front - on the side of the buildings.

In addition, they damaged a car belonging to someone they mistakenly thought had links to a company supplying HLS during the conspiracy, causing damage costing £7,500 to repair.

A van belonging to FedEx, another Stop Huntingdon Animal Cruelty (Shac) target, was also attacked by the extremists.

Roger Climie, prosecuting, said that Harris was in charge of Shac at the time of these attacks.

He is already serving a four-year jail term for conspiracy to blackmail companies linked to HLS in an attempt to close it down.

His sentence today is consecutive to the term he is already serving.

Mr Climie added that it was accepted that Harris was abroad at the time of two of the bank attacks.

"Each of you have pleaded guilty to a conspiracy which, quite frankly, reflects an appalling period of behaviour.''

He described Potter and Neal as "young and idealistic'' and added: "I hope when you look at yourselves two years ago you recoil in horror and think 'What on Earth was I doing?'.

"I hope it will haunt you for the rest of your life.''

Mr Climie said Shac had a facade as a law-abiding protest group but a number of members were involved in its secret but illegal activities.

"This was an organisation where the numbers privy to the events taking place behind the scenes were comparatively small.''

Barclays said it no longer had links to HLS but did through its asset management business when the attacks took place.

The hearing is the latest in a series of prosecutions of people linked to Shac.

In October last year, six activists, including Harris and his girlfriend Nicola Tapping, were sentenced for their part in attempts to close HLS down.

Other members of Shac, including founder members Gregg Avery, Natasha Avery and Heather Nicholson, were given lengthy jail terms in January 2009 for blackmailing companies linked to HLS. 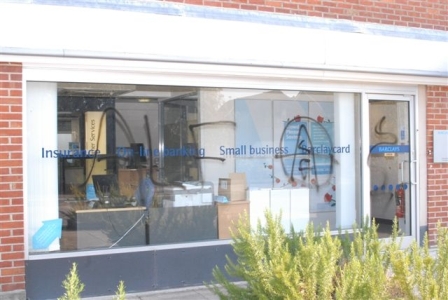