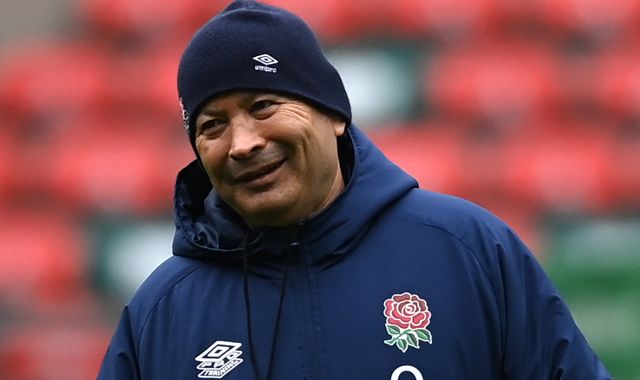 England produced a remarkable defensive display, consisting of 232 tackles in comparison to Ireland's 64, extending their winning run in the fixture to four conclusive wins.

"We controlled most of the game," Jones said post-match.

"We got a little bit loose and a run of penalties in the second half but that just shows how much more we've got in us.

"At times, we dominated physically and we've got a bit more to go there."

Jones also acclaimed the clinical finishing skills of Jonny May after the England wing scored two sensational tries in the victory.

May ended his five-Test scoring drought in spectacular fashion as two first-half touchdowns lifted him to second in the all-time Red Rose list alongside World Cup winners Ben Cohen and Will Greenwood on 31.

It leaves only Rory Underwood in front and even the England great would have been beaming with pride at May's second, a breathtaking solo effort that started inside his own 22 and combined elusive running, speed and vision.

When asked where May ranks among the wings he has coached, the veteran Australian said: "Jonny's right up there if you consider he's 30 and is still improving every aspect of his game.

"He's such a dedicated trainer and is obsessed about getting better. He's a great role model for all the players in the teams.

"When you consider the player he was - I remember watching him in the 2015 World Cup and at one stage he was going to end up in Row K. Now he's a serious finisher."

Ireland head coach Andy Farrell admits his side are currently lagging behind "fabulous" England but urged his players to keep the faith during a period of transition.

Farrell expressed pride at an improved second-half showing in which the visitors had greater possession and outscored their opponents courtesy of Jacob Stockdale's well-worked converted try.

"You speak to the lads in the changing room, they're gutted that they lost the game but they showed tremendous spirit there," Farrell said.

"We'll just show them where the belief needs to keep coming from and we'll be fine on the way forward.

"You have a plan, you try and stick to the plan, and sometimes pressure disorientates the plan a little bit.

"That England side, they have been together for 10 years, they've been through some massive ups and downs. And it's those down times that they've learnt from the most.

"They've become a fabulous side over a period of time and we're on a completely different journey.

"As far as that second-half performance [is concerned], coming away with more points than they had and territory and possession, we can be proud of that.

"The lads will learn from this experience and look forward to the next challenge."