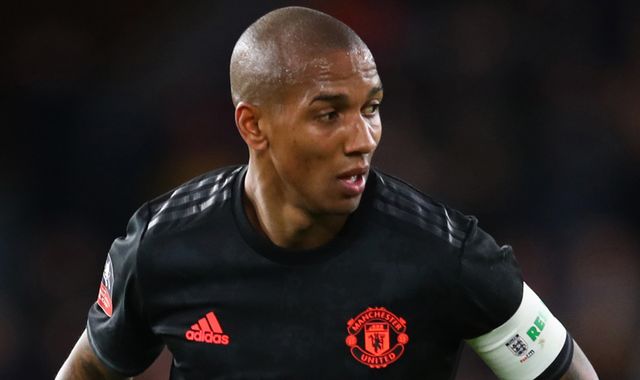 Ashley Young's proposed move to the San Siro could be in doubt, with Inter Milan and Roma close to agreeing a swap deal involving Matteo Politano and Leonardo Spinazzola, according to Sky in Italy.

Roma have been forced to act on the transfer market after midfielder Nicolo Zaniolo ruptured his Anterior Crucial Ligament in the 2-1 defeat to Juventus on Sunday night and have set their eyes on Inter winger Politano to replace the 20-year-old.

Inter have been looking for a left full-back and were in talks to sign Manchester United's Young, who turned down a new one-year contract at the club with a view to signing for the Serie A club.

The 34-year-old's contract at Old Trafford expires at the end of this season, but it remains unclear whether United will permit him to leave this month.

However, Inter have now turned their attention to Roma's Spinazzola and if a deal is agreed, Young would be no longer required.

How to follow the January transfer window with Sky Sports

Sky Sports will bring you the very latest news from the January transfer market with the return of three shows.

Start your day with Good Morning Transfers at 9am as our team of reporters bring you the latest news and insight. Transfer Talk then follows at midday delivering analysis of the biggest stories. Then join us at 7pm for the definitive round-up of the day's news with The Transfer Show.

Meanwhile, the Transfer Talk podcast will also be back at the turn of the year with more expert analysis from here and across the continent.

And as well as tuning into Sky Sports News, don't miss a thing with our dedicated Transfer Centre blog.