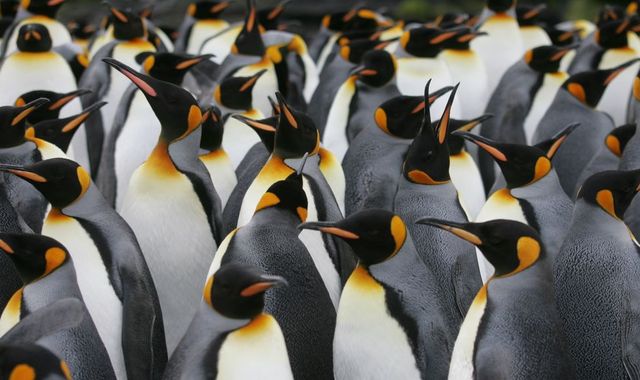 Scientists have reported getting so high on the nitrous oxide emitted by penguin poo that it actually made them ill.

The levels of nitrous oxide, more commonly known as laughing gas, given off by the colony's faeces was about 100 times higher than in a fertilised field.

Professor Bo Elberling, from the University of Copenhagen, said the "truly intense" amount of nitrous oxide exhumed was enough to send someone "completely cuckoo".

"It is truly intense - not least because nitrous oxide is 300 times more polluting than CO2," he explained.

"After nosing about in guano (the term given to the excrement of seabirds and bats) for several hours, one goes completely cuckoo. One begins to feel ill and get a headache."

He added: "The small nitrous oxide cylinders that you see lying in and floating around Copenhagen are no match for this heavy dose, which results from a combination of nitrous oxide with hydrogen sulphide and other gases."

Nitrous oxide canisters are often sold legitimately for producing whipped cream, but they are also taken recreationally through a balloon - with users often littering the small canisters behind.

The nitrogen in the nitrous oxide exhumed by penguin poo comes from the seabird's diet of fish and krill, which themselves eat on phytoplankton in the ocean.

When these are excreted, soil bacteria convert the poo into nitrous oxide, which unfortunately is a greenhouse gas.

He noted that the study had a lot of relevance for Danish agriculture, which uses nitrogen fertiliser and so emits large quantities of nitrous oxide.

"One of the things we can learn, for example, is how and when to fertilise vis-a-vis the optimal conditions for soil bacteria to produce nitrous oxide," he added.