Students at Teesside University have made a film featuring a survivor of the Holocaust.

Final year BA (Hons) Television and Film Production student Robin Pepper contacted Iby Knill after reading her book, to ask if he could make a film about her.

And the resulting documentary - based on Iby's story - is to be added to the archives at the Auschwitz Museum in Poland.

21 year old Robin from Northallerton, said:
"Iby was born in Czechoslovakia where she was excluded from school for being Jewish. She later fled to Hungary, where she was eventually arrested and taken to Auschwitz.

One of Iby's most moving stories related to a promise she made to a twin girl while in Auschwitz. She promised she would tell the world what she had seen.

It's what is still motivating her today."

Iby, who now lives in Leeds, was invited to see the film premiered at Cineworld in Middlesbrough as part of the University's week-long Creative Teesside event, which celebrates the creativity and diverse work of the University's School of Arts & Media students due to graduate later this year.

89 year old Iby, said:
"It was while working with Robin on his film that through his sensitivity and understanding, his ability to pick out the salient points, that I felt that I was fulfiling that promise - to make young people aware of the dangers that the dehumanisation, denigration and differentiation of people can lead to.

I regularly visit schools and organisations to give talks about my experiences and my book, but it was a very emotional experience making the film as it was very different to giving a talk.

Robin has done a marvellous job and I'm hoping to be able to pass his film on to schools so that it is widely seen." 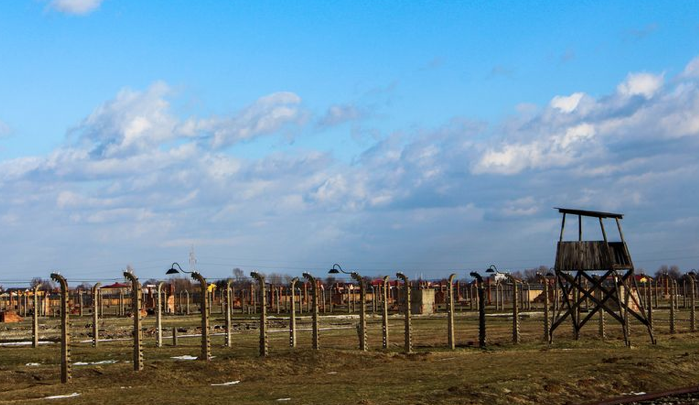 Robin made the film with help from fellow Teesside University students 25 year old Mark Oxley, and Ian Orwin, 21, both from Middlesbrough, who are completing the same degree.

All three travelled to film at Auschwitz and also Budapest, where Iby was captured before being sent to the concentration camp.

You can see the trailer for the film below:


Robin said:
"It's been a real journey, from meeting Iby before we started filming, to interviewing her and travelling to Poland and Hungary to film.

The sheer size of Auschwitz-Birkenau really hits you, it was really quite disturbing.

It's an honour knowing that we?re now playing a part in helping Iby fulfil her promise to tell the world her story."

Auschwitz has asked for a copy of the film for their archives and a museum in Budapest has also asked to use the film as part of their collection.

It will be shown on TV tonight on the Community Channel at 10pm. 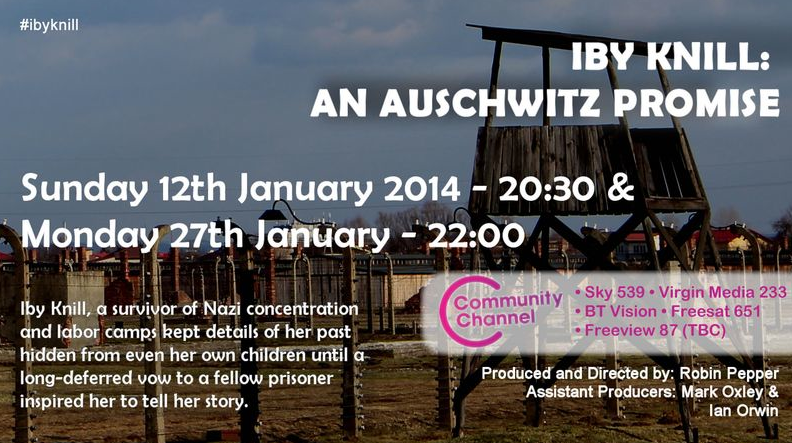