Three puppies have been found dead in a suitcase, weighed down with stones, in the Port of Sunderland

The Staffordshire bull terrier types all had a severe skin condition and appear to have been poisoned.

The dogs were aged four or five months, and are believed to be from the same litter.

Vets suspect the skin condition to be demodectic mange, and that they may have been poisoned with rat poison.

RSPCA inspector Helen Bestwick said:
"They had blue staining on their bodies and around their bottoms and there were signs of vomiting.

We don't know whether they were already dead when they went into the case (pictured below), which was weighted down with two large stones, and into the water. 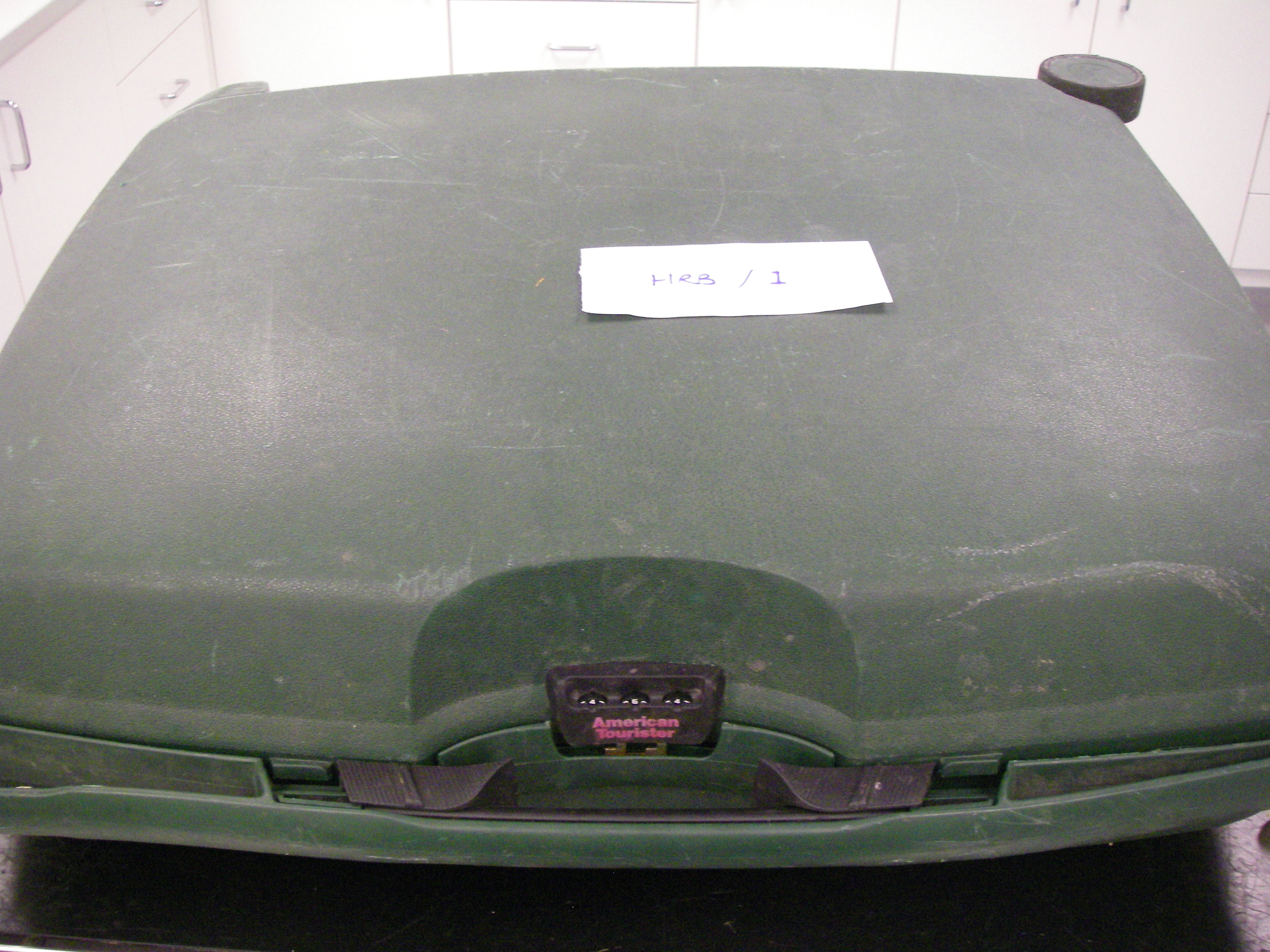 Vets believe one of them died before the others.

There were no scratch marks inside the case but it's possible they were too ill to struggle, or unconscious."

The rest of the photographs from the RSPCA were too graphic to publish.

They were wrapped in a pale blue dressing gown, with no tags, a leopard print fur coat which was a size 18 from Peacocks and a white tea towel from Primark.

The suitcase was dark green plastic with the words "American Tourist" on the lock.

They were found by water patrol officers at the port on Barrack Street on Wednesday 6th August.

None of them were wearing any collars or identification tags and were not microchipped.

RSPCA inspector Bestwick said:
"These puppies have suffered a great deal and I'm appealing for anyone who knows who they belong to, or who saw anything that might help my investigation, to get in touch.

It's likely the mum of these pups is also suffering from demodectic mange, and requires treatment.