Andrew Deane from Gateshead's one of the 56,000 people running the 13.1 miles from Newcastle to South Shield.

Last year Andrew ran as Darth Vader and has taken on the challenge of making the costume more difficult to run in. 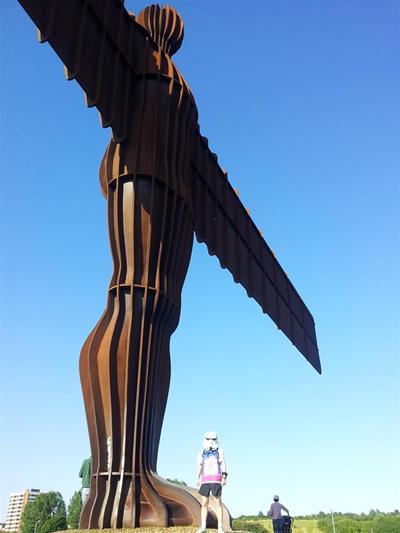 As a Christian doctor, Andrew says he believes that life is precious from conception through to death which is why he's running for St Oswald's Hospice which provides specialist care for adults, young people and children in the North East.

He told Capital:
"I'm most looking forward to the crowd reaction.

One of the downsides of wearing helmet to run in is I can barely see and breathing is difficult.

Drinking is an issue too so I'm having to wear a rucksack with a tube into a water pack.

On the morning I'm going to have to work out how to get my costume across to the start line."

Andrew's hoping to raise £500-£1,000 for his chosen charity through his JustGiving site