The disgraced former England star was jailed for six years for engaging in sexual activity with a besotted 15-year-old fan.

The 28-year-old had sought to appeal against his conviction but a spokesman for the Judicial Office said that had been rejected by the Court of Appeal.

They said his "applications for permission to appeal against sentence and conviction were refused. He was notified yesterday (Monday July 11) and has 14 days to make a renewed application to appeal.''

The winger's sister Faye posted this message on Twitter 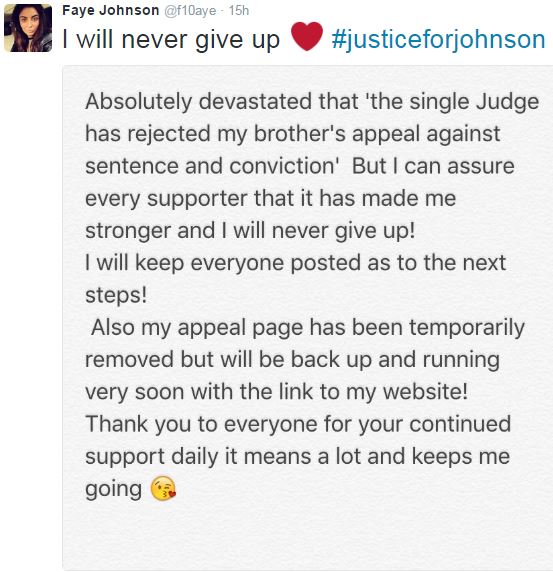 Johnson's trial at Bradford Crown Court heard that he had kissed and sexually touched the girl in his Range Rover, in a secluded spot in County Durham.

He was also arrested for possessing extreme pornography, and pre-trial hearings heard that police found medicines in a safe when he was arrested which indicated he may have been suffering from sexually transmitted infections.

Judge Jonathan Rose said that, as a result, he was satisfied the girl had suffered "severe psychological harm'' and that Johnson had taken advantage of "a young teenager's adoration of a successful celebrity''. 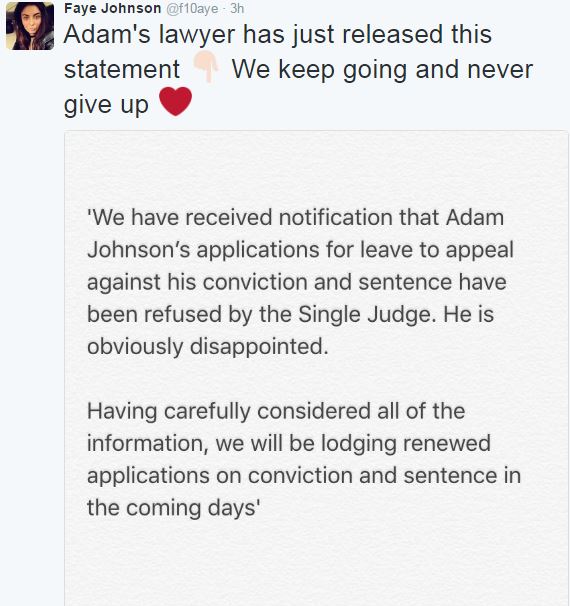