£1 Million Worth Of Illegal Drugs Disposed Of In Cleveland

Cleveland Police have taken £1 million of illegal drugs, seized in the force area since January, to an incinerator on Teesside to be destroyed.

The cannabis plants, amphetamine, cocaine, crack cocaine and heroin has been taken from criminals in raids across Cleveland by the Community Drug Enforcement Team (CDET)..

Since CDET was launched in November 2013, more than 80 people have been arrested and processed through the courts - with more than 100 suspects on bail as part of live investigations.

Cleveland Police have told Capital around 90% of the information they have on who to target comes from members of the public. 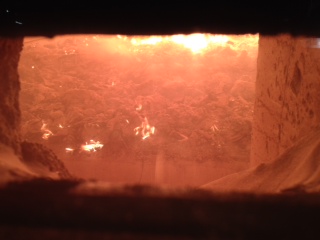 Pictured above: Drugs being burned inside an incinerator

The drugs, with a street value of around £1 million, have all been seized since January this year.

They've been taken to an incinerator on Teesside in a 'mass burn'.

Detective Inspector Christian Ellis told Heart:
"By seizing these drugs we have stopped one million pounds going into the pockets of criminals, but destroyed in a furnace as part of our one million pound drugs drop.

We want to say a huge thank you to the public for reporting their suspicions as many of our investigations start by a concerned community member reporting their fears to us. I would urge people to keep reporting to us, we take the supply of drugs and associated antisocial behaviour extremely seriously and will act on information that comes in."

You can hear Capital's Anna Harding's special report on this story here: 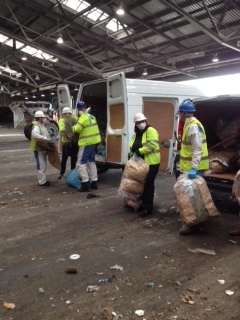 Some Of The Operations The Drugs Have Been Seized In:

* Ian McManamin aged 35yrs of No Fixed Abode received a 5 year 7 months sentence for possession with intent to supply £1375 worth of Heroin and £600 worth of crack cocaine.

* Dung Ngoc Nguyen aged 33yrs from Vietnam received a sentence for 2 years 4 months for cultivation of cannabis worth £144,450

* Phu Doan aged 44yrs from Vietnam received a sentence for 1 year 4 months for cultivation of cannabis worth £137,700

* Leanne Douglass aged 25yrs from Hartlepool  received a sentence for 1 year 2 months for possession with intent to supply diazepam.