X Factor Live Tour 2017 - Find Out Where To Get Your Tickets!

The stars of this year's X Factor are heading on tour for one time only in 2017 – and we can't wait!

The final eight acts from this year's X Factor are hitting the road for a super exciting live tour and you can be sat front row watching it all unfold.

5 After Midnight, Emily Middlemas, Matt Terry and more will be taking to the stage performing a host of different tracks and they'll be heading to an arena near you - so make sure you grab your tickets asap because this one is going to be HUGE! 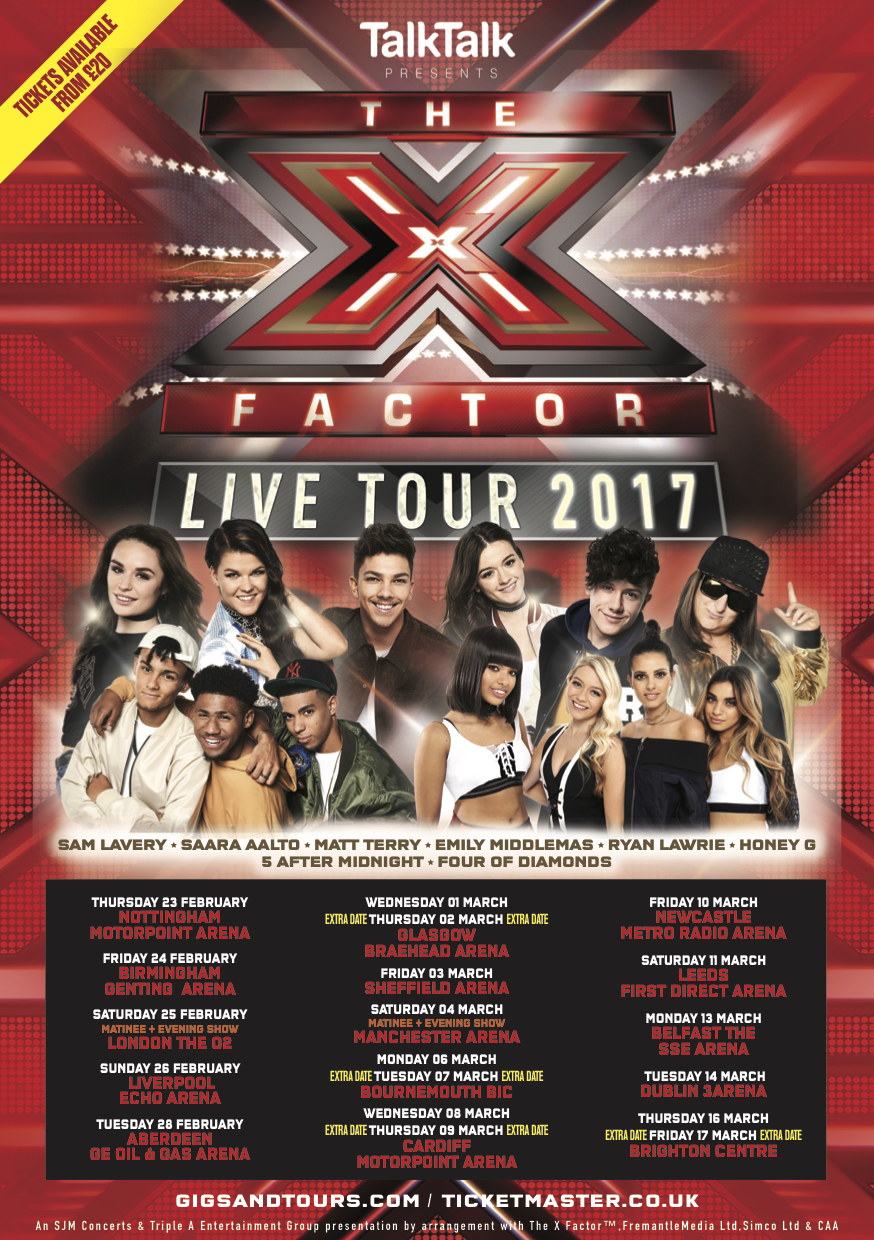 Live Performers Appearing At The Tour