Who's Watching The Football? Pop Stars Tweet The World Cup 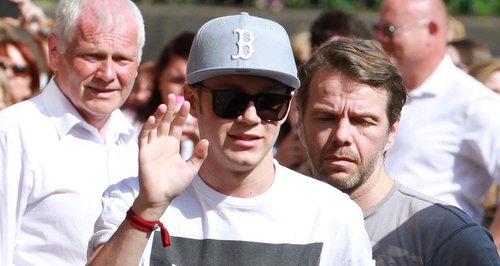 As the World Cup 2014 kicks off in Brazil, Capital presents the stars who just CANNOT get enough of the football madness that's taking over the world this month.

Expect your favourite pop stars and actors to stop tweeting and talking about their next album, their latest project or their new look and instead go football CRAZY by posting updates about their excitement, frustration or joy at how THEIR football team does.
Find out which stars of today are going to be hooked on the #WorldCup2014 for the next four weeks...

Sounds like Joe Jonas is planning to watch EVERY game at this year's event... all while writing new songs of course

The hunky singer even shared a snap of him embracing the Brazil opening ceremony with one of their flags! #WorldCup2014

If you ever find yourself sat next to Kick-Ass star Chloe Grace Moretz during a World Cup game then be warned... this lady is NOT one to be messed with!

Jessie proves she's a multi-tasking GENIUS by cooking up a gourmet dinner AND watching the first World Cup game! #Skillz

Mr. Worldwide couldn't help but tweet his excitement for the HUGE launch night! He was performing after all...

Of course J-Lo was getting into the festival spirit out in Brazil ready for her HUGE opening performance.. and the BIG game!

Niall's not alone in his excitement for World Cup season... seems his bandmate Louis Tomlinson will be locked into the England game this weekend

> Pop Stars And Their Footballer Friends!