We love EVERYTHING about this video of a man celebrating turning 98.. with a hip-hop video cover!

A new video is going seriously viral right now... and with good reason! Because you've NEVER seen a 98 year-old showing off his moves to Silentó's 'Watch Me (Whip / Nae)'.

YouTuber user Marty Timlin's grandpa is filming strutting his stuff to the swag-heavy track, and he even changes things up by swapping out "nae nae" for "mayonnaise". SO SASSY.

Hit play on the video above to see the birthday boy in action. We're pretty sure this anthem will NEVER be the same again. 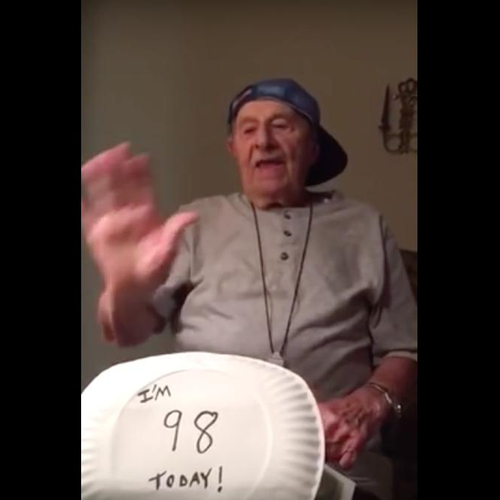