Love Island 2020 Coronavirus: Summer Series ‘Will Go Ahead’ Despite Pandemic

Love Island bosses are reportedly adamant the 2020 summer series will go ahead, despite the ongoing coronavirus pandemic.

Love Island’s 2020 summer series was in doubt just days ago as the coronavirus pandemic began sweeping across the UK, but ITV are said to be insisting the show will go on.

It was expected the show – which had its debut winter series in January – would be cancelled this summer, just as a filming for a number of other TV series have been shut down as the epidemic develops, however, Love Island production is “still scheduled” but will launch in July rather than June.

A source told MailOnline: “The team are still committed to the series airing this summer. The show will go on.”

They added: “Production on Love Island have been told the upcoming series is still scheduled to take place but the show will launch a month later in July.

“All the usual preparations are going ahead.” Auditions are still underway for the new series and potential islanders are beginning to be approached as the casting process and recruiting the right people can take weeks.

The source continued: “Bosses are desperate for the show to remain in the hearts of viewers after the winter series was tainted with sadness following Caroline Flack's tragic passing.

“Final decisions will be made closer to the time but for now, it's all systems go.”

It comes following reports ITV2's Love Island production crew were concerned about what the situation will be when it gets to summer.

A source close to the ITV2 show told OK! online there are many different causes for concern, ranging from the spread of the disease itself and how long it will go on for, right down to the Spanish government and what their policy will be moving into the summer months.

They said: "The problem with coronavirus is that we don’t know for how long it is going to affect everything. There’s more coronavirus deaths in Spain than here in England, so it may not really be safe or advisable to fly people out there."

"With the way that it’s going everywhere else in the world I wouldn’t rule out cancelling the summer Love Island altogether."

However, for all the doom and gloom that the show seems to be facing, the source did reveal ITV2 are pushing on with the casting process, to make sure they have the perfect line-up should the show get the green light to go ahead.

They revealed: "At the moment the Love Island team is still going through the audition process and trying to find the right people to put in the villa."

"But It could all be for nothing if the country gets put on lockdown and that’s before we even start looking at the Spanish government.”

It was also reported Laura Whitmore is singing a lucrative £1 million deal to present the next two series of the show after bosses were impressed at how she easily she took to the role, so we can imagine she's crossing her fingers the show will go ahead! 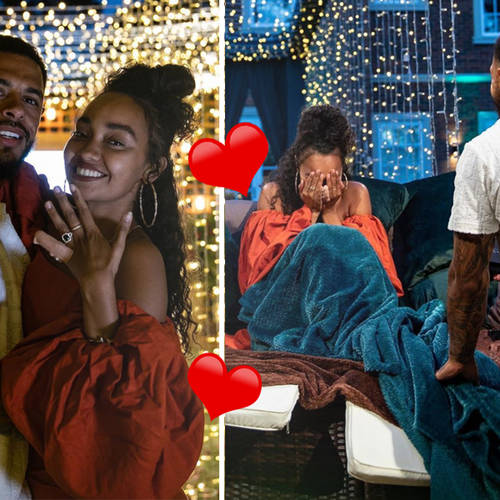