Jennifer Aniston joining Instagram has got us thinking about all the celebs we wish would follow her lead.

Jennifer Aniston recently broke the internet after finally joining Instagram and shared an iconic selfie with the cast of FRIENDS.

The 50-year-old actress previously told People magazine that she didn’t find the social media app a pleasant experience, after once taking over the beauty company she partly-owned at the time, Living Proof’s, IG account.

Adele, Katy Perry And Dua Lipa Are About To Kick Off A Powerful New Era In Pop

She said: “I was so stressed out, sweating bullets. It was too much pressure. For these Kardashians, it’s a career!”

Also commenting on how she isn’t a fan of the younger generation obsessing over it, she explained: “Kids aren’t speaking to each other anymore. Seeing other kids on their [phones] all the time, it makes me sad.”

Years later the star decided to download the app on a whim and broke the internet while doing so, after gaining one million followers in just five hours and 16 minutes.

According to Guinness World Records, this took the top spot previously held by Prince Harry and Meghan Markle’s Sussex Royal Instagram account, which took five hours and 45 minutes to reach.

Fans of the ten-season show can agree it was worth the wait to now be able to keep up with Rachel Green herself!

We couldn't help but notice her former co-stars were all tagged in the snap, apart from Matthew Perry.

We think he should be added to the following list of celebrities who we wish had social media...

The Hunger Games actress has been relentlessly asked about her lack of social media presence, admitting to W magazine: “I really don’t want to welcome that unless it’s absolutely necessary. I don’t want to put myself out there for no reason,” before hinting that she may or may not have a ‘finsta’ (fake IG account).

Our favourite childhood twins would definitely be a go-to follow, after all, we did grow up together even if they don’t know it!

The 33-year-old actresses explained during an interview why they avoided the apps, with Ashley saying: “That gives me so much anxiety.”

“We’ve spent our whole lives trying to not let people have that accessibility, so it would go against everything we’ve done in our lives to not be in the public,” added Mary-Kate.

The Twilight star confessed to E! News that she has a private Instagram account which she uses to keep in contact with her close friends, saying: “That’s not social media. We have a shared photo stream.”

When asked if she would join Twitter, she said: “What would I tweet about? Who are you talking to? What are you saying?

“Imagine sitting here right now and thinking, ‘that’s a good thing to say to the world?’ I can’t even understand it.”

Our very own Harry Potter is among the list of low-key stars, admitting to Sky News that he values his privacy too much.

He said: “I don’t have Twitter and I don’t have Facebook, and I think that makes things a lot easier because if you go on Twitter and tell everybody what you’re doing moment to moment and then claim you want a private life, then no one is going to take that request seriously.”

What surprises await on the other side of the door?

The actress, who described herself as ‘old-school’ for not using social media, shares six children with ex-husband Brad Pitt, and admitted to People magazine that they had hired a cyber-security team to monitor their kids on the internet.

Describing it as a ‘scary new world’, she explained: “It’s so beyond what we understand. We wouldn’t even know what to look for.”

You may have wondered why Ashton Kutcher’s wife and actress Mila hasn’t got an Insta account for you to stalk.

The mother-of-one explained on The Late Late Show with Craig Ferguson, “I just don’t think people need to know when I’m going to the restroom.

We’ve all been there Mila!

We wonder who will change their minds in the future and make a surprise arrival like Jen. 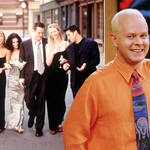 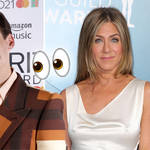 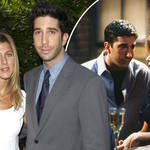 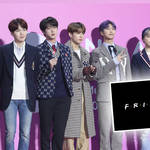 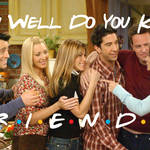 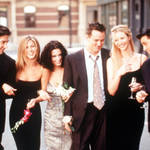