The diving superstar confirmed his engagement, as a million hearts worldwide break! #CongratsTom

Tom Daley just broke our hearts a little bit… he and his man just announced their engagement in the BEST way possible, they went old school!

The Team GB star announced today (1st October) that he and boyfriend Dustin Lance Black are now engaged to be married, with a short message in the Births, Marriages and Deaths section of The Times newspaper. Naww!

“The engagement is announced between Tom, son of Robert and Debra Daley of Plymouth, and Lance, son of Jeff Bisch of Philadelphia and Anne Bisch of Lake Providence,” the understated message reads.

So congratulations are in order for diving sensation Tom, who has been dating Dustin for around two years, ever since he came out as gay in a heartbreaking video message back in 2013. 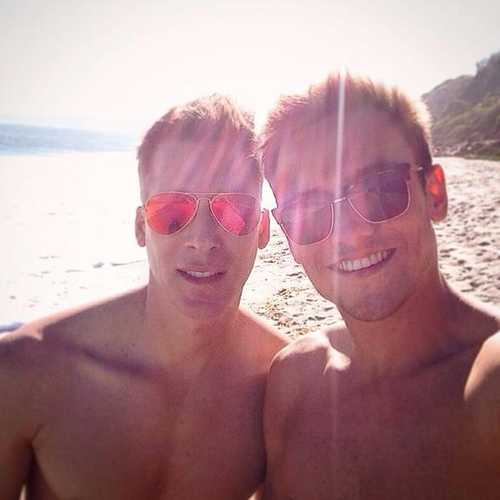