Well, It Turns Out That 'The Lion King' Has Been A Massive Lie This Whole Time. #ChildhoodRuined

Dang. Right in the feels.

Remember that one time when bae broke up with you via a text and it broke your heart into a thousand pieces? Yeah, well that ain't NOWT in comparison to the moment Scar launched Mufasa off of a cliff, into a heard of stampeding wildebeest.

It turns out that that heartbreak has all been a lie. Well, Simba's dad still doesn't make it, but...

> Imagine This... Beyoncé Is Set To Produce The Soundtrack To Disney's 'The Lion King' Remake!

Apparently, in the 1994 Disney animated classic, Mufasa and Simba - despite everything you've ever known to be true - aren't actually brothers at all. WE KNOW, RIGHT?! 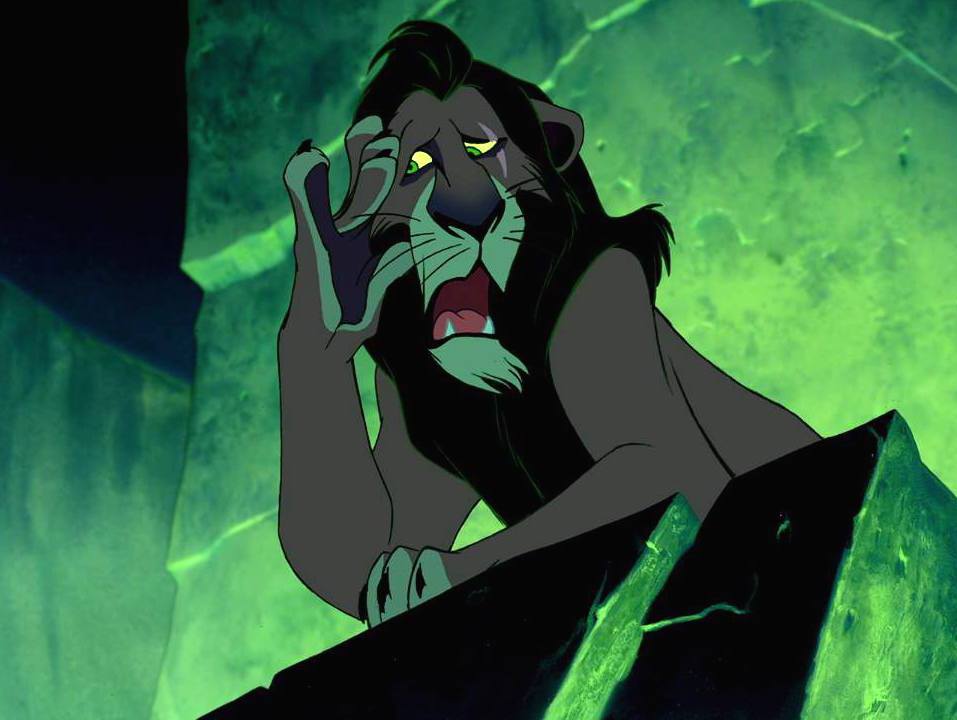 The director of 'The Lion King', Rob Minkoff, and its producer, Don Hahn, said in a recent interview that "We talked about the fact that it was very likely [Scar and Mufasa] would not have both the same parents,

"The way lions operate in the wild…when the male lion gets old, another rogue lion comes and kills the head of the pride," continued Don. "What that does is it causes the female lions to go into heat [to reproduce], and then the new younger lion kills the king and then he kills all the babies. Now he’s the new lion that’s running the pride."

Ah. That makes perfect sense... Unless you include the moment where Mufasa refers to Scar as "brother". Or the moment where Simba calls Scar his "uncle". Don't even try to Hakuna Matata us with this, Disney. WE. WANT. EXPLANATIONS.

> Need To Get Over Your Broken Childhood? Dw. Our Swanky App Is Here To Help. Download It Now!

Get over this Disney-fuelled rage by comparing your fave pop stars to Disney princesses...