WATCH: The Amazing Moment Stormzy Found Out His Ed Sheeran Remix Was No.1

Ed Sheeran has been ruling the Vodafone Big Top 40 for weeks on end and now he's roped in his mate Stormzy for some glory too!

When it comes to the chart in 2017, there has been just ONE week when Ed Sheeran wasn't at the top of the pile and that was the first week of January. So much so that his new remix with Stormzy knocked 'How Would You Feel' out of pole position yesterday.

Luckily, the one and only Stormzy was in the studio with Marvin and Kat when the news broke...

With just two singles left in Sunday's countdown, the Grime legend was up against fellow BRIT surprise single 'Something Just Like This' by The Chainsmokers and Coldplay for the top prize.

For a moment, Stormzy wasn't sure he'd actually be walking away with the No.1 single, "That's lovely man. For a second there I thought you were going to say COLDPLAY - I was like, "what am i here for?!"" 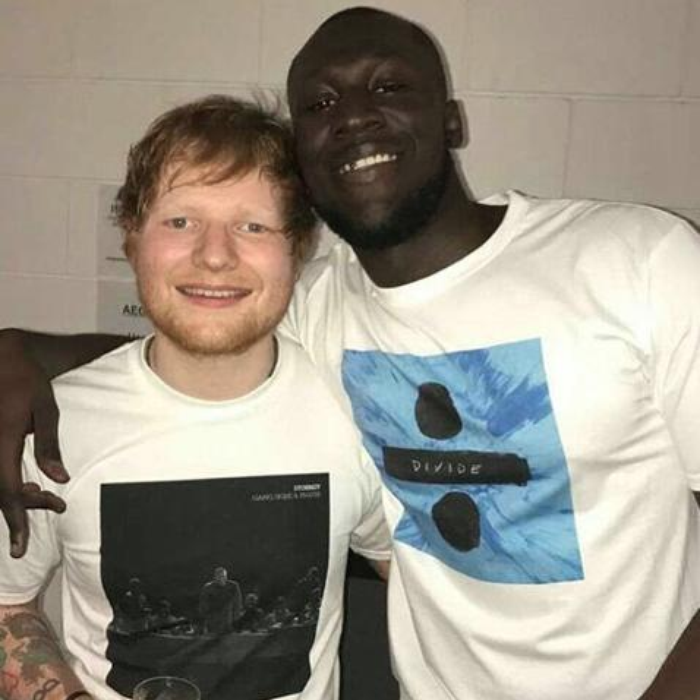 Big big big respect to @Stormzy1 going straight in at no1 with @EdSheeran on the Shape Of You remix! Smashed it fellas @BigTop40 pic.twitter.com/Y8WQufpccF