Let's just say she's not happy about it!

It's been a whirlwind twelve months for Stephanie Davis, but it seems that everything is actually starting to work out for her again.

She's mended the broken bridges that had formed with the father of her baby Jeremy McConnell and some reports have even suggested that the pair are attempting to make a go of it as a couple again.

Have Jeremy McConnell & Steph Davis Been Together All Along? Fans Think It’s A Publicity Stunt

But one thing that has made Steph pretty angry is the reports that she is in talks with Ex On The Beach producers about appearing on the next series of the show.

Speaking to a tabloid recently, a source claimed that Jeremy has already signed up for the show and that another of Steph's exes Sam Davis may also be involved. They claimed, "MTV bosses have wanted to get Jez on the show for years but finally they’ve signed him up. He’s the ultimate lad, and producers know it’s a dead cert that he’ll charm the ladies, have a good craic with the boys, and be a hit with viewers."

“Everyone knows he’s a bit of a ladies’ man, but it’ll be astounding to see just how many exes come out of the sea for him. The one ex everyone will want to see is Steph – but she could be coming out for Sam Reece who’s in talks for the show."

"Even if she doesn't emerge from the waves, just the possibility of Jeremy and Sam living under the same roof in the show's luxury villa is going to be enough reason to tune in."

Whilst Jeremy hasn't confirmed whether or not he will actually be appearing on the show, Steph has firmly shut down any talk of her being involved and shared a matter-of-fact tweet with her followers...

I'm shocked and surprised by what I'm reading in the press today. I will not be appearing on any reality tv programme anytime soon.

There had even been reports that Steph had been offered a blank cheque to appear on the show as producers felt that she would be a huge draw for audiences and that any price would be worth it to get her.

People had also claimed that producers also wanted Steph and Jeremy's six week old son Caben-Albi to make an appearance, which we think would've been ridiculous FYI, but from Steph's very public reaction it appears that none of that is a realistic possibility. 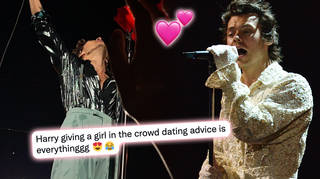