Everything we know about season four of Netflix's hit series, Sex Education.

The third season of the series has only recently dropped and fans are already hooked all over again - and now a fourth season has been confirmed.

Season 3 continues to follow Otis, Maeve, Isaac, Eric and the rest of the gang through their fight against the headmistress’ new rules.

But when is season 4 coming out and what's the exact release date on Netflix? Here's everything we know about Sex Education season 4...

Will there be a season 4 of Sex Education?

A fourth season of the hit series has officially been confirmed!

Netflix announced the new season as part of its TUDUM festival, sharing the exciting news with fans on Twitter.

They wrote: "Breaking News out of #TUDUM! Sex Education has been renewed for Season 4!"

This comes just days after stars of the show revealed they were keen to make it happen!

Actor Asa Butterfield, who plays Otis, spoke to Cosmopolitan about his hopes for a new season.

He said: “We don’t know [whether there will be more.] It’s out of our hands at this point. I wish I could tell you more, I genuinely don’t know.”

Asa continued: “I’d love to do a fourth season, because we have so much fun on this show.

“At the same time we’ve been doing it for three years now, and I’d be happy saying goodbye to these characters…We’ll have to see."

However, Netflix hasn't confirmed the exact release date just yet - but keep your eyes peeled on this page for more information and updates on season four! 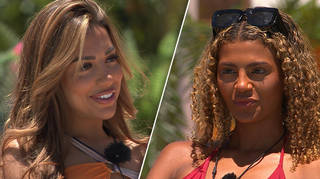